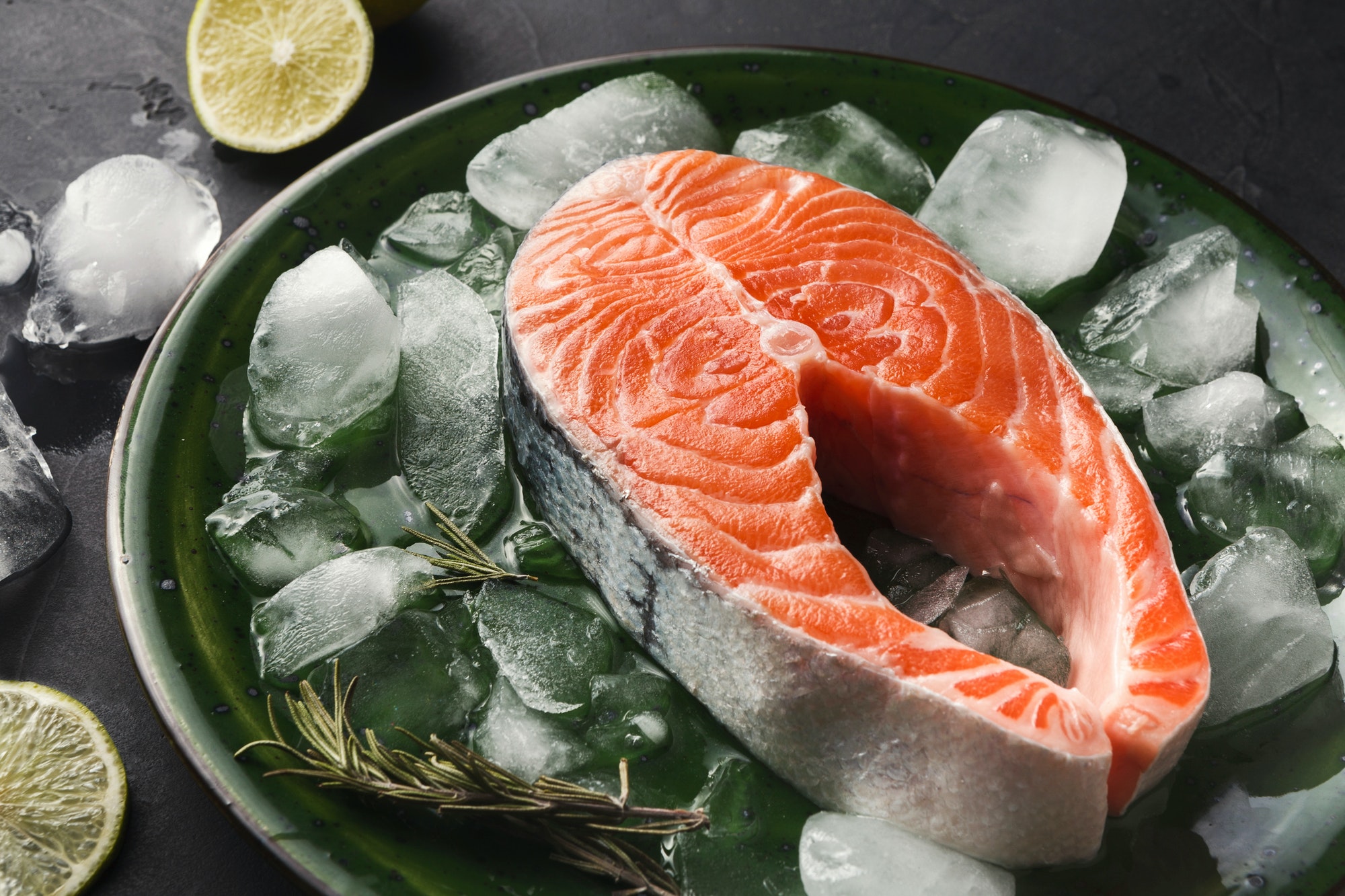 Salmon is one of the most sought-after fish on the market. Its benefits to the health combined with great taste make it a must those who love fish.

Salmon is loaded with omega-3 fatty acids. This means that it protects the heart and circulatory system from heart attacks, strokes, and other circulatory issues. In addition, salmon offers plenty of protein and selenium which helps protect the bones.

Salmon’s price per pound is determined by type of salmon and the season market price. Generally, the cost for salmon ranges from $6.99-$19.99 with an average of $8 per pound for salmon at your local store.

Because of its heart-healthy attributes, salmon is a highly desired fish. Of course, with high demand comes higher prices as the salmon market is a competitive one with limited supply. This means that finding the right price for salmon will depend on several factors.

How to Determine Salmon’s Average Price?

Truth be told, there is no average price for salmon as there are so many factors that go into determining what it costs. Such factors include the following.

In other words, if you live along the coast near where salmon is caught, then you probably will experience a lower average price compared to someone living in the interior. Because fresh salmon is desired, the shipping costs to location well inside the country will add to the price.

Plus, because of the mating habits of salmon, they are found in different locations depending on the time of year. That means during certain times they may be harder to find and catch which will affect the average price.

In addition, not all salmon are the same type. Depending on their species, it may be that some will be more available and lower priced than others. For example, Atlantic salmon is probably going to be cheaper if you live along the Atlantic coast compared to the Pacific coast. However, with Atlantic salmon in the wild being so scarce, it is most likely that such salmon will be farmed.

Farm-raised is quite common with salmon, particularly Atlantic salmon. This means that much like chickens, the salmon is raised in ponds or bodies of water that are farmed from time to time, so the salmon can be transported to the market. Farm-raised is generally cheaper compared to salmon that has been fished from the sea. But again, that depends on the location and number in which the salmon are sold.

But the most important factor is availability. Because of the ever-changing demand for salmon, it is possible that stores which sell the produce may have run out of supply or have their shelves overflowing with salmon. These factors can change from day to day which is why determining the average price with any accuracy is difficult.

However, despite all the variables it is possible to generate some average prices for salmon depending on type, location, and where it is sold.

Average Price of Atlantic Salmon Per Pound: $8 per pound

Since Atlantic salmon is almost exclusively farm-raised, the availability is generally greater and the price somewhat less expensive compared to other types of salmon. You can generally find this type of salmon for about $8 per pound, give or take a dollar depending on other factors. One of the most important is whether you purchase the salmon in a large retail or grocery store or from a specialty shop.

Plus, many stores do not sell salmon per pound. You usually get more for your purchase price. However, the pricing structure is based on the per pound model.

Average Price of King Salmon Per Pound: $18 per pound

Because King salmon is mostly caught in the wild, the average price tends to be higher compared to Atlantic salmon which is almost exclusively farmed. The King salmon can be found in the North Pacific Ocean from the coast of California up to Alaska. The fish has also made its way across the Pacific to Japan and Siberia. The King Salmon has been introduced to other parts of the world as well, including the Great Lakes in America.

Because the fish is raised wild, it tends to be more expensive compared to farm-raised fish where the populations can be controlled. In addition, the King salmon tends to be highly prized and sought-after, which also boosts the price.

Average Price of Chinook Salmon Per Pound: $18 per pound

Chinook salmon is also known as King salmon, although there are some subtle differences. The name comes from the people who are known to have fished this version of salmon for thousands of years.

Chinook salmon tend to be green silver in color, although that changes when they spawn and enter freshwater areas. The silver and green tend to fade as the fish becomes darker in color. The males will develop special teeth that helps them fight off other males for the right to reproduce.

It should be noted that both the King and Chinook salmon are on the decline off the California coast due to warming waters and overfishing. However, they can still be found in abundance to the north along the Oregon and Washington coast up to British Columbia and Alaska.

Average Price of Coho Salmon Per Pound: $19 per pound

Sometimes called “silver salmon”, the Coho salmon are noted for their silver appearance complete with backs that are dark blue in color when in the ocean. However, when they spawn and enter freshwater their coloring may change considerably. Dark spots may appear on their stomachs, but the most noticeable change is the bright-red coloring that develops on the sides in place of the silver.

As the young develop in the freshwater, they will stay there for about a year or two until they mature into the smolt stage. This is when they become silver and then leave to the ocean starting the spring months when the waters warm.

Coho salmon tend to have less fat compared to other types of salmon, which is why it is recommended that they should be cold-smoked as opposed to hot-smoked for those who enjoy the smokey flavoring. The Coho salmon is also heavily fished with relatively few being raised on a fish farm.

Keep in mind with all salmon listed here that the prices may also be affected by a specific type or location where the fish was caught. This can drive the price up if the salmon was caught in an area that is considered desirable from customers who prize the taste of the salmon.

How to Find the Best Salmon Prices?

It’s rather obvious that different stores and markets will have different prices for salmon. Finding the right price will depend on several factors.

Different stores will have different prices. Although the common belief is that large retail or grocery stores may have lower prices. It is also true that they may not have the selection compared to specialty or fish-exclusive stores. Because the more exclusive stores have access to certain types of salmon, you may not only find a better selection, but better prices as well.

Because many salmon are caught during spawning season, this is generally a time when they are more abundant. However, for those who live along the coast, salmon can be caught and provided fresh in the market almost any time of the year. If you live well away from where salmon are caught, then you should expect greater numbers of the fish to be available in the spring.

One of the more confusing aspects for many new to purchasing salmon is the different types of labels. The terminology can be rather deep, so you will need to understand the basics of how salmon are labeled.

It should be noted that the Food and Drug Administration (FDA) has no standards for the term “organic” when it comes to salmon. In most cases, it does describe how the fish was fed, but it could mean other things as well. Check with the labeling for more information.

One of the more confusing terms is “Sustainable”. This means that the salmon was raised on a farm. However, the difference is that the farm was not connected to an existing salt or freshwater body. Instead, they were raised in net-pens that are cleaner compared to standard fish farms that use existing bodies of water.

In the end, shopping around the various stores in your community will reveal the best prices. A good place to start is your local grocery store. Then you can branch out to specialty fish stores and markets. Given the healthy nature of salmon combined with its good taste, it should be fairly easy to find it in your region of the country, even if you are far away from where the fish are being caught or raised.