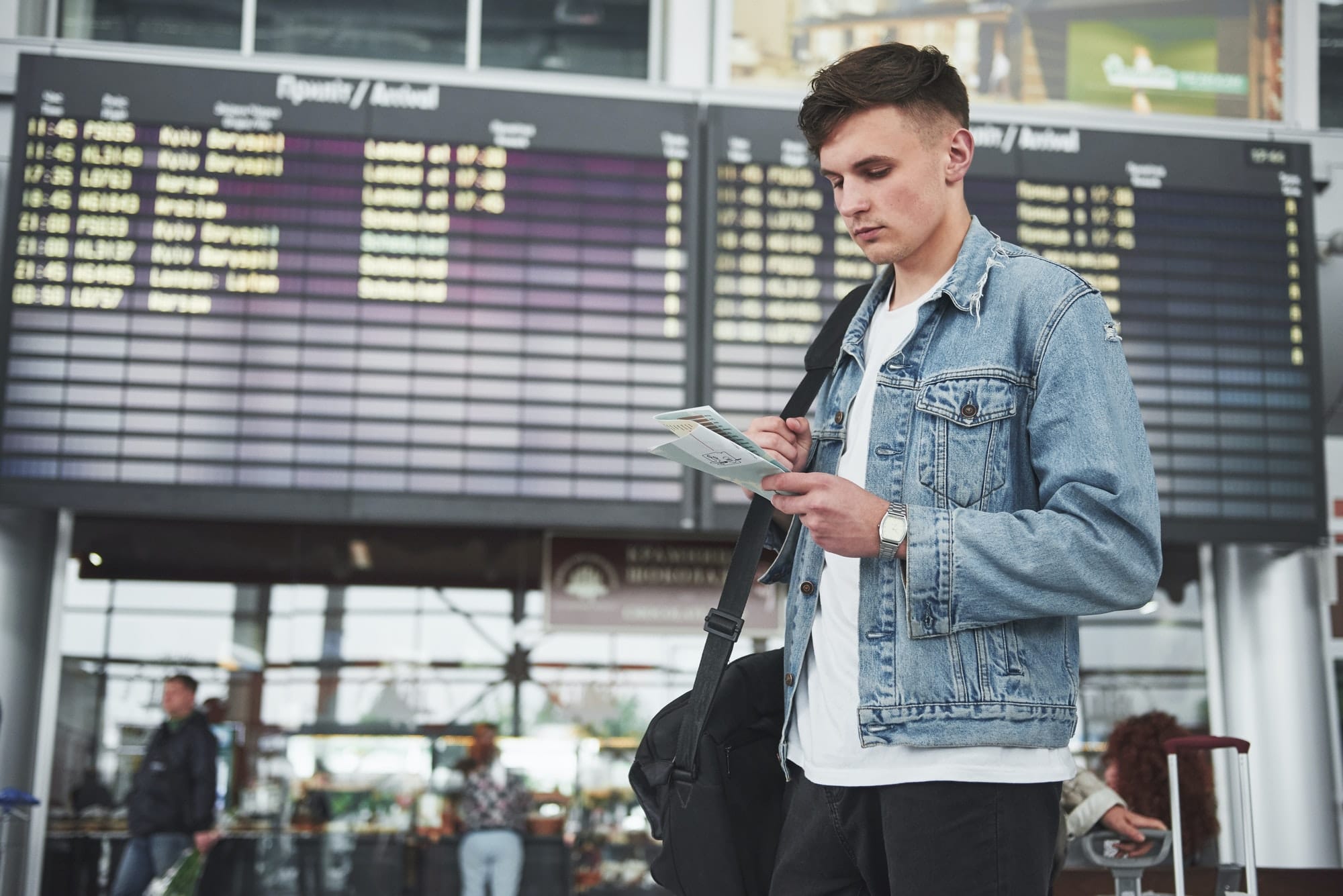 Flying standby is not cheaper than regular flights. With the rise in security concerns over the past several years, the process of flying standby is much different than it used to be. Purchasing a new ticket on the same day you would like to fly will not save you money—unfortunately, it will likely cost you far more than booking farther in advance.

If you miss your flight or it is overbooked, the airline you chose will make a huge difference.

Alaska Airlines is one of the few airlines that usually does not charge fees for standby flights. Booking a flight in an elite class of American or Southwest can also help you avoid fees.

In this article, we will give you an overview of how standby flights have changed, a comparison of major airlines and their standby fees, ways to find and navigate standby flights, tactics for improving your odds of getting on a standby flight and ideas for several other ways to save money on flights.

How Standby Flights Have Changed Over Time

Although you can no longer go to the airport on the day you hope to fly and wait to fill an empty seat, you might still be able to make a same-day flight change.

If you are fortunate enough to know someone who works for an airline or has retired from a career in that industry, you might be able to receive a “buddy pass” that allows you to fly standby for only the price of the plane ticket’s taxes and fees.

Assuming you are the recipient of a buddy pass, it is important to find out each airline’s rules for standby flights. Sometimes you are able to call or register online to be placed on the standby list, but certain airlines might require you to go to the airport in person and speak with an agent or use the kiosks.

Depending on the airline, there might also be rules regarding the departure and destination airports (usually between the U.S. and Canada, and the Caribbean, if you are lucky). Some airlines might not allow you to fly standby on routes that fly only once a day, and others might only permit you to standby for a flight that is right before yours, if you already have a confirmed ticket.

Which Airlines to Fly with to Avoid Standby Fees

If you do not have a buddy pass and you cannot take your original flight, you might be forced to try flying standby, in which case it is important to know which airlines will charge you fees.

Below is a comparison of several major airlines and the fees they charge for flying standby.

How to Find and Navigate Standby Flights

Unless you can register by phone or online, you will want to get to the airport a few hours before the first flight and stay until the very last flight takes off. Airlines will put passengers on the standby list on a first-come, first-served basis, and they will always attempt to seat paying passengers first.

The important thing to remember is to be patient, respectful and honest. If you lie about your reason for needing to get somewhere to make it seem more urgent, the airline might even record the details of your story for future reference.

How to Improve Your Chances of Getting on a Standby Flight

If you have missed your flight or the airline overbooked it, you might be forced to fly standby. If this happens, there are a few ways you can give yourself better odds of making it on the flight:

More Effective Ways to Save Money on Airfare

One of the best methods for saving money on plane tickets is to book them more than three weeks in advance at a minimum—the earlier, the better. For international flights, it is important to book tickets three to six months ahead of time.

Another way to secure less expensive travel is to accept early morning or overnight flights and search for flights using flexible dates so that you can see which days have the best deals. Flights that have two or more connections are generally significantly cheaper.

The best days to book your flight are usually Tuesdays and Wednesdays, since airlines often release sale prices on those days.

Surprisingly, Saturday is often one of the least expensive days of the week on which to fly, as there are not many business commuters who fly on this day.

Use major flight hubs to your advantage. If you are trying to get to a small city in Greece, for instance, then fly to a major city like Athens first, then book a budget airline, as it is much less expensive to fly to Athens from the United States.

When it comes to a large country such as the United States, it is also beneficial to be strategic about choosing your departure airport. For example, if you live near a small airport in upstate New York, it would be vastly more cost effective to make the trip to New York City in order to score less expensive flights.

It is also important to pay attention to the time of year that you are planning to travel. Going to Europe during the summer will cost you much more than tickets during low season.

Occasionally, airlines will overbook flights and ask passengers who are flexible to take a later flight. If your plans are not set in stone, it can be lucrative to volunteer, as the airline will usually offer a future flight voucher.

Surprisingly, you might even save money by using a website to help you find a layover in a city that you would like to be your final destination—that way, you can leave the airport during your layover and simply not take the last leg of the flight. This works well if your intended destination is a popular city, as it is often less expensive to book a ticket to a less popular destination with your desired final destination as a layover.

If you are open to credit cards, travel rewards cards or a credit card from a certain airline will often give you a considerable amount of points or miles that you can redeem to take money off your flights.

A more outlandish idea, but certainly still useful, is to sign up to be a nanny on a flight if you have childcare experience. There are websites where parents can hire a nanny if they need help watching their children while checking in, getting through security and surviving a long flight. In this way, you can get paid to fly.

While flying standby will not save you money the way it used to, there are still methods for flying standby when it is necessary to do so, and thankfully there are other ways to save money on flights. To summarize, here are several of the main points from this article: