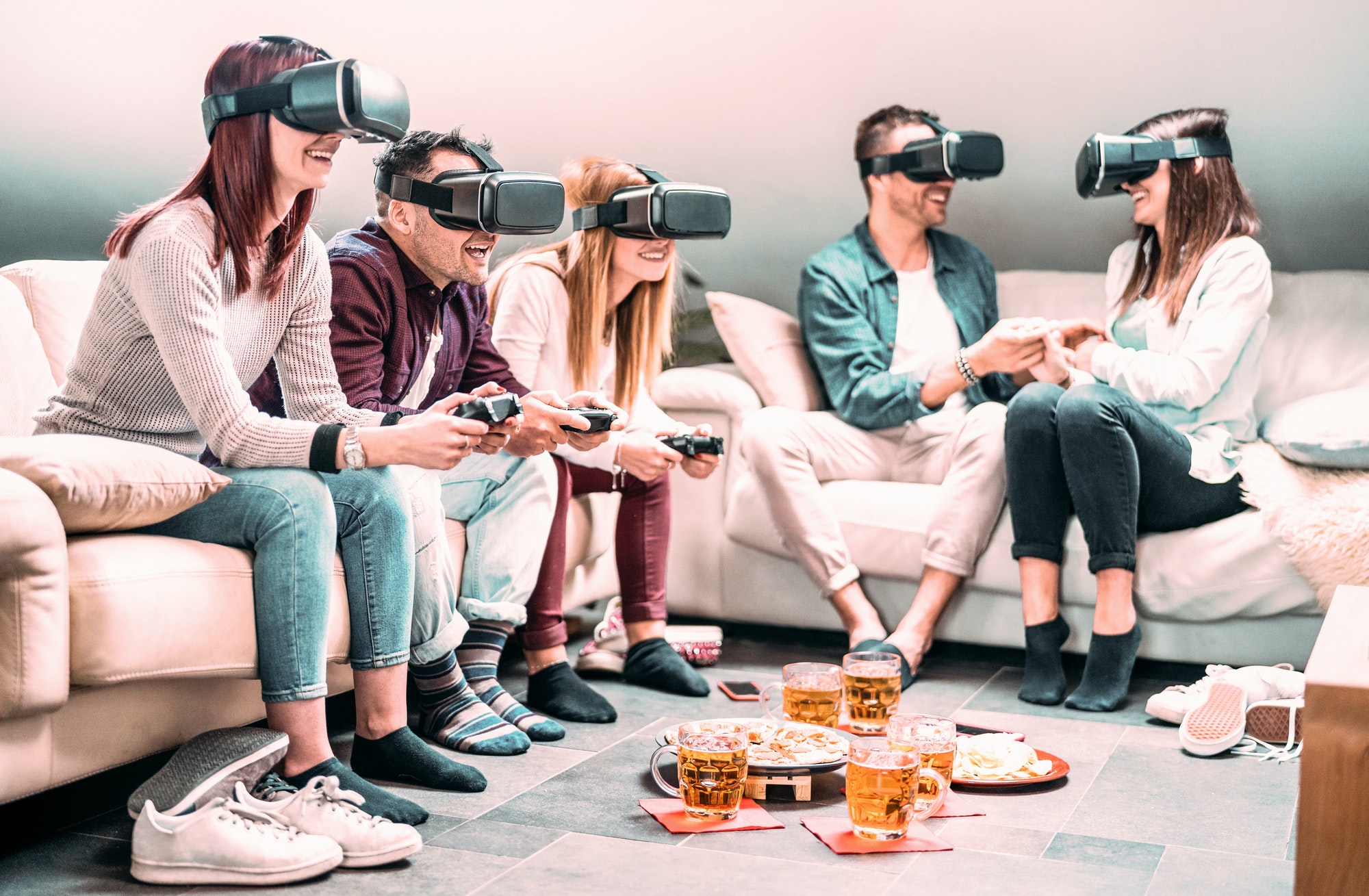 For people with a lot of interest in VR or little understanding, Quest 2 and PSVR are without a doubt the most widespread and recognized headgear. However, determining which is best for you and the distinctions between the two may be difficult.

While the PlayStation VR boasts an incredible refresh rate and unique video games, it requires far too many cables to play appropriately. The Oculus Quest, on the other hand, offers a higher screen resolution that is ideal for gaming and watching 360 videos.

With both virtual reality gaming instruments, you can have a lot of fun. While the VR headgear is literally for all players, it is unsuitable for children under 12, and Oculus devices and experiences are developed and intended for users aged 13 and above.

In a nutshell, the PSVR is an attachment that allows PS4 and PS5 players to enjoy virtual reality gaming. It’s an add-on for Sony’s consoles and doesn’t have any legs of its own. To utilize it, users will require a lot of extra equipment, such as the PlayStation camera. Because Oculus Quest 2 requires a Facebook connection, it is primarily for Facebook gamers above 13.

The Oculus Quest 2 is the next-generation successor to Facebook’s first Oculus Quest, and it is next-generation in every technical element to save the head straps and battery life. It has excellent visuals, is extremely simple to set up and operate, offers many games, and is reasonably priced.

Meanwhile, if you don’t want to make the mistake of buying a VR gadget you won’t like, it is necessary look know the differences between these two and know which suits you best. Here’s how the two VR headsets vary.

The Oculus Quest 2 and PSVR generally cost around $299. The problem is that the headset pricing alone does not convey the entire story. There is another model of Quest 2 headset that costs more than this, but the only difference is a greater internal storage capacity.

Apart from purchasing software titles, you’ll have everything you need to start playing after you’ve spent your $299.

If you don’t initially own a PS4, PS4 Pro, or PS5 console, you’ll need to add the cost of a PS4 or PS5 to the cost of buying your PSVR.

As a result, the PSVR is significantly more costly than a Quest 2.

There’s no polite way to say it, but the PSVR system is mainly using outdated technology. By reusing existing PlayStation hardware for PSVR, Sony was able to keep prices down. However, in comparison to the Oculus Quest, this means it provides a rather old-school experience.

The same camera is also in charge of the headset’s exterior tracking. So-called “inside-out” tracking is the contemporary norm for headsets like the Quest. Cameras calculate your head’s location aboard the headset depending on how the room seems to move relative to your headset. Hence, it is far more elegant and enables room-scale encounters without the need for any additional equipment.

Oculus Quest 2’s display quality, audio, and haptic controllers are many steps ahead of the PSVR, making it difficult to suggest the older device at current costs. Frackly, it isn’t one of the most recently virtual reality headsets.

The Oculus Quest is one of the most adaptable virtual reality headsets available. It’s an entirely independent system that you can use anywhere right out of the box. Through SideQuest, it can play curated Quest titles, specific Oculus Go and Gear VR titles, and various non-Oculus authorized applications and games.

If you have a powerful gaming PC, you can connect the Quest to it with a USB connection and use it to play Oculus Rift and SteamVR games like Half-Life Alyx utilizing the Oculus Link function. For this reason, you can get a Quest 2 now and extend your virtual reality options later if you purchase a gaming PC.

On the other hand, PSVR titles are only for PS4 PSVR titles. While there are workarounds to make it work with a PC, it loses its full depth-tracking capabilities. In other words, the headgear can track your head’s rotation but not its position in three-dimensional space. This feature severely restricts the capabilities of the headset.

The PSVR was the first to use a halo-strap headband, which other VR headset manufacturers have subsequently imitated. The Quest 2 is more pleasant to wear than the Quest 1, although neither headset is as comfy as the PSVR.

One of the PSVR’s most significant selling points is its unique game library.mThere’s just one VR headset in town if you want to play Resident Evil 7, Wipeout, Gran Turismo Sport, Ace Combat 7, or Iron Man.

It all boils down to personal taste and which titles you enjoy the best. It’s also worth mentioning that the Oculus Quest 2 headsets have access to the whole PC VR library, provided you have the necessary computer.

Verdict: Which is Better?

Though the Facebook login required for using the Oculus Quest 2 is why many gamers don’t like it, the Oculus Quest 2 from our analysis comes out as the better VR gaming gadget. After all, it was a fantastic product at the time of its debut and has been so for years.

Also, it was the most economical premium VR option, and Facebook has continued to make improvements to the product so you can easily catch on to the latest VR gaming experience.

Therefore, we recommend it because it is more economical, versatile, and uses recent technology. What more? you can play PlayStation VR games on it.

However, While we know very little about PSVR2, which would undoubtedly have excellent features, we are sure it will have contemporary VR technology. That might beat the Oculus Quest and be a good value for your money.