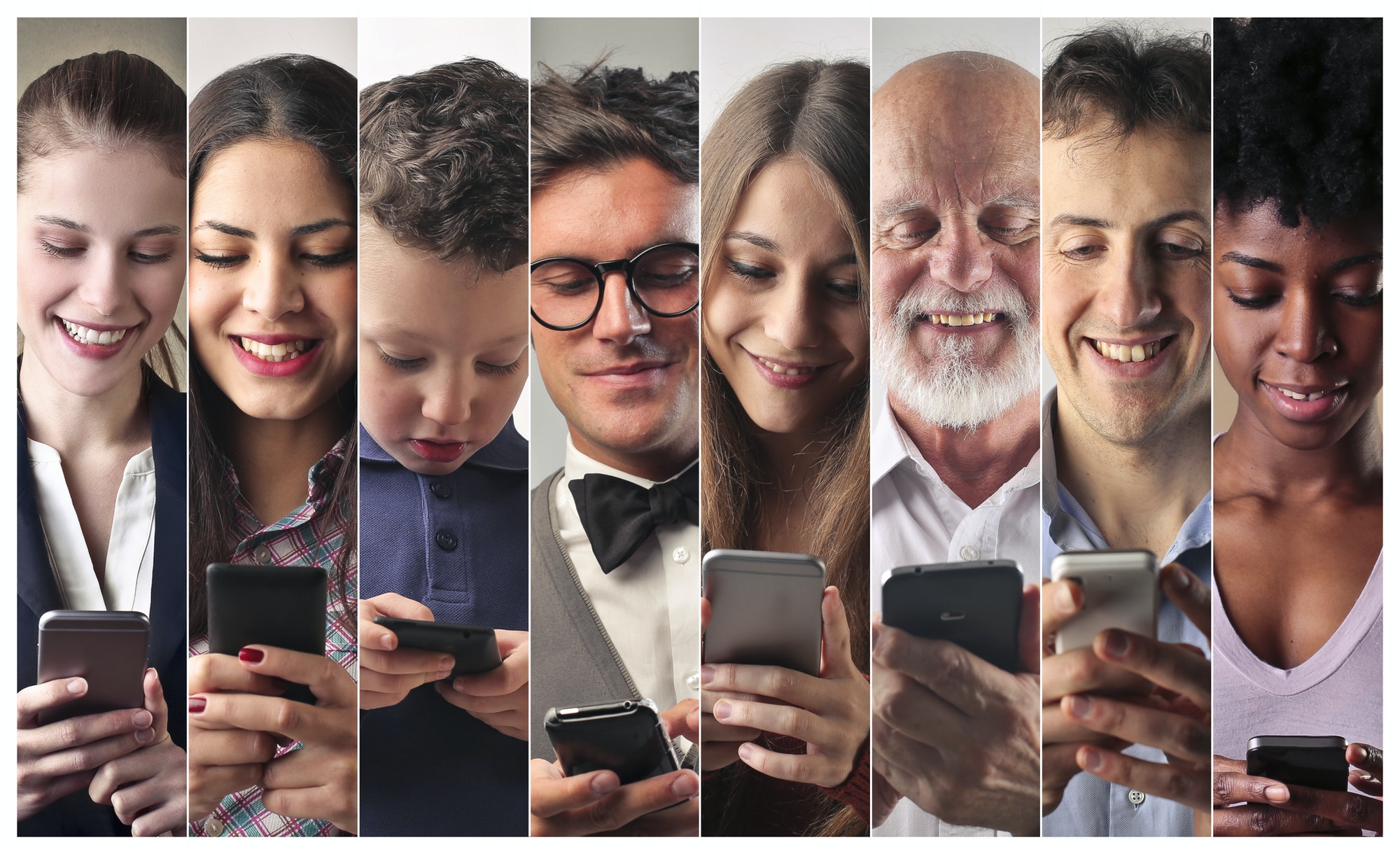 Have you ever been in a situation where you just need a free Wi-Fi hotspot to connect to the Internet and get something done? You keep looking and looking but all you could find are either locked Wi-Fi or paid Wi-Fi networks.

Last but not the least, we will explain the risks associated with using free Wi-Fi and why you should always use a VPN. Here’s where you can get up to 70% off on VPN.

How to Get Free WiFi in Public

For a situation like that, your best bet is to go to a business establishment or a public place that is likely to offer free Wi-Fi. In this section, we will go over a list of such places.

Starbucks is ubiquitous. It has more than 15,000 locations in the United States and more than 16,000 locations outside the US. It used to be the case that you needed to make a purchase before you could sit at a Starbucks.

That is no longer true. Since 2018 anyone can sit inside a Starbucks without buying anything. And best of all, the Wi-Fi speed at Starbucks averages a blazingly fast 51.2 Mbps, far faster than that at any other national chains.

To access free Wi-Fi at a Starbucks, just select the “Google Starbucks” Wi-Fi network, and when the Starbucks WiFi landing page loads, complete the fields, click “Accept & Connect,” and you are all set!

Dunkin’ Donuts has almost 10,000 stores in the United States and almost 13,000 locations worldwide. With that many locations, you have a good chance of finding a Dunkin’ Donuts no matter where you are. Dunkin’ Donuts offers free Wi-Fi at all of its locations.

You do not have to make a purchase to use the Wi-Fi there. To login to Dunkin’ Donuts Wi-Fi, just enter a random web address into your web browser. You will be re-directed to the Dunkin’ Donuts landing page.

You will need a  DunkinNation, DunkinDonuts.com, or a DD Perks account ID to sign in. Once you are signed in, you will be free to use the Wi-Fi there.

Taco Bell has almost 7,300 locations in the United States and about 300 locations outside the US. Just like with Starbucks and Dunkin’ Donuts, you do not need to make any purchase in order to use the free Wi-Fi at Taco Bell.

The Wi-Fi connection speed at Taco Bell clocks in at over 14 Mbps on average. That is a very respectable speed and faster than that of most other national chains. If you need free Wi-Fi in a pinch, Taco Bell is a great choice.

Arby’s has more than 3,300 locations in the United States and about 100 locations in 6 other countries – Canada, Turkey, Qatar, Kuwait, Egypt, and South Korea.

While Arby’s is not as ubiquitous as some other chains, it makes up for it with connection quality.

The Wi-Fi speed at Arby’s clock in at over 12 Mbps on average, significantly faster than most other fast food chains in the United States.

You do not need to buy anything to use the Wi-Fi there. So if you are looking for free Wi-Fi and there is an Arby’s close to you, count yourself lucky.

It also has more than 20,000 locations outside of the US. Subway is as ubiquitous as it gets when it comes to fast food chains. And that is good news for anyone looking for free Wi-Fi because Subway offers free hotspots at all of its locations.

Moreover, the Wi-Fi speed at Subway averages a very respectable 4.8 Mbps. If you ever find yourself in need of free Wi-Fi anywhere in the world, look for a Subway.

If you ever find yourself in a foreign country in need of free Wi-Fi, try looking for a McDonald’s first. Free Wi-Fi hotspots are offered at all of McDonald’s locations worldwide.

The connection speed varies based on countries and locations. In the United States, the average Wi-Fi speed at McDonald’s is a nice 4.2 Mbps.

Burger King has more than 7,000 locations in the United States and close to 10,000 locations outside of the US. It is behind McDonald’s in terms of number of locations.

Unfortunately, it is also behind McDonald’s when it comes to Wi-Fi speed. The average Wi-Fi speed at Burger King locations in the United States is a bit less than 3.6 Mbps, more than 10% lower than that of McDonald’s.

If you want to stream a Full HD movie or participate in a real time video conferencing, the Wi-Fi speed at Burger King might not be enough. But for everyday web surfing and email usage, it is plenty enough.

So if you are in a foreign country in need of free Wi-Fi, KFC is not a bad place to look for. When it comes to Wi-Fi speed, the average network speed at KFC in the US is a decidedly underwhelming 1.9 Mbps.

Panera Bread has more than 2,100 locations in the United States plus a few (fewer than 20) locations in Canada.

The average Wi-Fi speed at Panera Bread is an anemic 1 Mbps. So forget about watching a movie or taking part in a video conference call there. You can surf the web and check your email but that is about it.

To make the matter worse, some Panera Bread locations have instituted a 30 minutes time limit for Wi-Fi access during lunch and dinner rush hours – after 30 minutes of connection, you will get kicked off the Wi-Fi there automatically.

Wendy’s has close to 6,000 locations in the United States and more than 500 locations outside of the US.

Watching movies and video conferencing are completely out of the question. Even regular web surfing or emailing would be barely usable. So unless you have no other option, I would not recommend using the Wi-Fi at Wendy’s.

Best Buy has close to 1,000 locations in the United States and more than 200 locations outside of the US.

For a chain that specializes in electronics and gadgets, the Wi-Fi speed at Best Buy in the US is hardly cutting edge – it clocks in at an average of 3.8 Mbps.

Best Buy is not a bad choice for free Wi-Fi as long as you stay away from bandwidth-intensive applications such as 4K or Full HD movie streaming.

Target has close to 1,900 locations in the United States (it only operates in the US.) The Wi-Fi speed at Target leaves a lot to be desired – clocking in at 1.9 Mbps on average, it is enough for medium quality video conferencing and web surfing but not much else.

But at least you would have no problem doing online price comparison using Target’s Wi-Fi connection. In general, there are other options better than Target when it comes to free Wi-Fi.

Apple Store has more than 270 locations in the United States and more than 230 locations outside of the US. As the biggest high tech company in the world, you would expect Apple to equip its retail stores with insanely fast Wi-Fi.

The reality is that the network speed at Apple Store is fast but not insanely fast. It clocks in at about 20.8 Mbps, fast enough for the 2nd place in Wi-Fi speed on our list here but still trails that of Starbucks by almost 60%. All in all, Apple Store is still an excellent choice for free Wi-Fi.

If you’re reading this post, the chances are you have temporary internet access, and maybe looking for a way to get connected later. There are many businesses that offer free Wi-Fi near you. Here is how to search for free wifi on Yelp:

Taking advantage of the public library is the quintessential frugal behavior. Most public libraries offer free books for borrowing, free use of computers, and free Wi-Fi.

If you are looking for a quiet place with free Wi-Fi connection for you to work or study, your local public library should be one of the first places you try. Many people are using the library as their office or study hall, all for free.

Pretty much all universities offer free Wi-Fi on their campus and inside their buildings. The only problem is you need to know the password. You can try asking a student there for the password and there is a reasonably good chance that they will just give it to you.

It is possible to get free Wi-Fi on buses and trains as Metro is offering their customers free Wi-Fi as a pilot program as an experimental trial to test feasibility.

However, their free Wi-Fi often has data limits to not affect other people with low bandwidth.

How to Use a Portable Router to Get Free Wifi

The main advantages of using a portable router instead of tethering are:

There are many portable routers you can buy. The top 2 ones are:

This is one of the most popular portable routers on the market. It is compact (2.28 x 3.81 x 0.53 inches) and lightweight (2.89 ounces.) It comes with a lithium polymer battery that supports up to 6 hours of working time and up to 300 hours of standby time. It supports a maximum download speed of 150 Mbps. Just put in a SIM card and you are good to go. For less than $100, this is a good deal.

Retailing for less than $50, this is one of the cheapest portable routers you could buy anywhere. While it is not the highest quality portable router on the market, it still does a good enough job in setting up Wi-Fi hotspots. It comes with a 2400 mAh battery that supports 5 to 8 hours of working time.

How to Find Hidden Networks to Get Free Wifi

One thing to keep in mind: just because you have found a hidden Wi-Fi network does not necessarily mean you can connect to it. If it is protected by a password, you would need to have the password before you could log onto it. On the other hand, many people leave their Wi-Fi networks unprotected. You do not need any password to access those unprotected networks.

Now that you know how to find free Wi-Fi no matter where you are, you should also be aware of the risks involved with using free Wi-Fi. And the risks are not insignificant:

Public WiFi is not safe because owners of free Wi-Fi networks could be tracking every action you take while you are connected to their networks. They could be recording your web browsing history, search history, and other personal data. Such data could then be sold to 3rd party buyers through middlemen known as data brokers. From that point on, your personal data could be sold and resold until it is dispersed throughout the entire Internet.

Some of the free Wi-Fi you see on your list of available networks might have been set up by criminals for the sole purpose of stealing your confidential data, passwords, and identity. You can never know for sure.

When you connect your smartphone or laptop to a free Wi-Fi, you could be exposing them to hackers hiding in that same network waiting for their victims. These hackers could hack into your devices, eavesdrop on the data you send, or install malware onto your phone and laptop. A free Wi-Fi network is like a jungle – it is dangerous out there.

Protect Yourself with a VPN

Because free Wi-Fi networks are such dangerous places, it is critical that you use a VPN to protect yourself whenever you use free Wi-Fi.

The top VPN for Wi-Fi hotspots are: