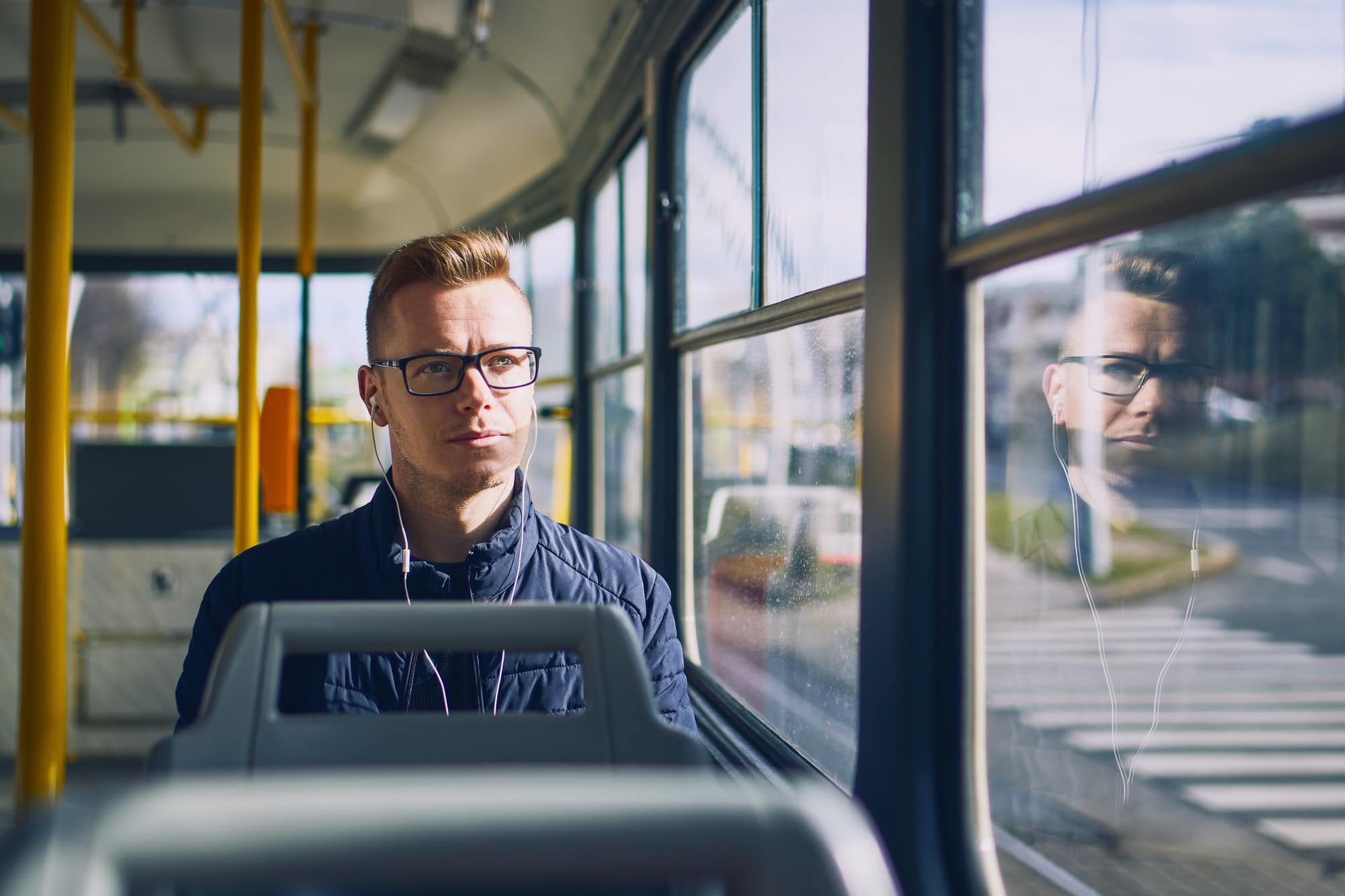 In the U.S., transportation is the second biggest household expense, after housing. In 2020, many of us saved a lot of time and gas money not commuting to the office.

However, when the general population does finally get to readjust to working in an office, many people may want to reevaluate their commutes. Transportation is one of the costliest parts of any budget.

The average cost of public transport in the U.S. is $2,000 to $3,000 a year while the average costing of driving is $9,561 a year. Driving is much more expensive because you incur maintenance, insurance, and depreciation costs in addition to gas.

Americans average a 30-minute commute to work both ways. That’s almost five hours a week, and 20 hours a month. The cost of that can add up quickly. And with the volatile economy after the pandemic, it is a good idea to cut expenses and save more for a rainy day.

Some cities with free public transportation deals include:

Taking the bus is often less expensive than taking other forms of public transport like the train. However, it often takes longer than driving or taking the train.

Trains and subways are slightly more expensive than taking the bus, but still significantly cheaper than driving. Trains also are more likely to have more space, WiFI, and space to move on board.

Deeper Look Into How Much You Can Save

The U.S. Department of Transportation calculated that if you live in a city with a robust transit system, you can save $10,230 a year using public transport rather than owning a vehicle.

The average cost of public transportation in the U.S. is from $2,000 to $5,000 a year. The cost will vary depending on where you live and what type of pass you purchase.

However, the price of a monthly pass will vary by city. Additionally, some cities include buses and trains in the monthly pass, while others charge more to include both. New York and Los Angeles have the most expensive monthly passes, both coming in at over $120 a month. Champaign, Illinois, has the cheapest monthly pass for only $20.

On the other hand, the most affordable cities for public transit include:

Cost of Owning or Driving a Car

The average annual cost of driving a vehicle in 2020 was $9,561 according to the AAA annual driving report, which is several thousand dollars more a year compared to using public transportation.

The price of driving is so much more than just what you spend on gas. For instance, your car loses value every year, in depreciation, which is a real cost that should be accounted for. Here’s a breakdown of those costs on average per year, taken from the AAA report:

Obviously, if you buy a car used it will be less as you will not pay an average of $819 a year on a car loan. However, even without a lease on your car, your average annual cost of driving is $8,472 which is still more than the average two to three grand spent on public transportation.

Additionally, the AAA report breaks down the cost of driving each type of vehicle. Small sedans have the lowest costs to drive, while pickups and large sedans are the two most expensive types of vehicles to drive. AAA also walks you through how to calculate your driving costs for the year, if you want to find a more specific cost for your vehicle.

Use These 6 Money Saving Tips

You may also be eligible for a discount if you are:

Seasonal or monthly tickets are cheaper than individual trips. However, typically if you lose your monthly or season pass you will have to pay a replacement fee so once you buy it keep it in a place you won’t lose it!

Another tip is to travel outside of peak times. Public transport will often charge more at rush hours in the morning and evening when everyone is going to and from work. Fares may be less after 9am and before 12pm. Plus, if you avoid traveling at peak times on buses it can cut your commute.

Find out if your city has free services or deal days. Often, major cities will offer free bus or tracks services downtown to promote traffic. If you can plan your commute around the free routes, you can save significantly compared to driving. Also check with your local transport to see if they offer special deals on national holidays.

It also pays to travel in a pack. If traveling in a group check if you can often get a group ticket at a discount. Usually, major transport companies will offer a discount if you purchase a two, three, four or five-person ticket.

Finally, follow your transportation system on social media, download the app and sign up for their emails. You may see deals or get coupons that you wouldn’t find otherwise.

If You Already Own a Car

While on average public transportation is cheaper than driving, it may not be cheaper for everyone so you should calculate your own costs.

For instance, if you already own a car it might be cheaper than switching to public transport. In fact, if you decide to both own a car and take public transportation it could cost even more than doing one or the other. You still have to pay for car maintenance, insurance and deprecation even if it just sits in your garage.

Whatever you decide, you should compare the costs of driving and taking public transportation in your local area among other factors like comfort, privacy and convenience when deciding whether to use public transport or drive.