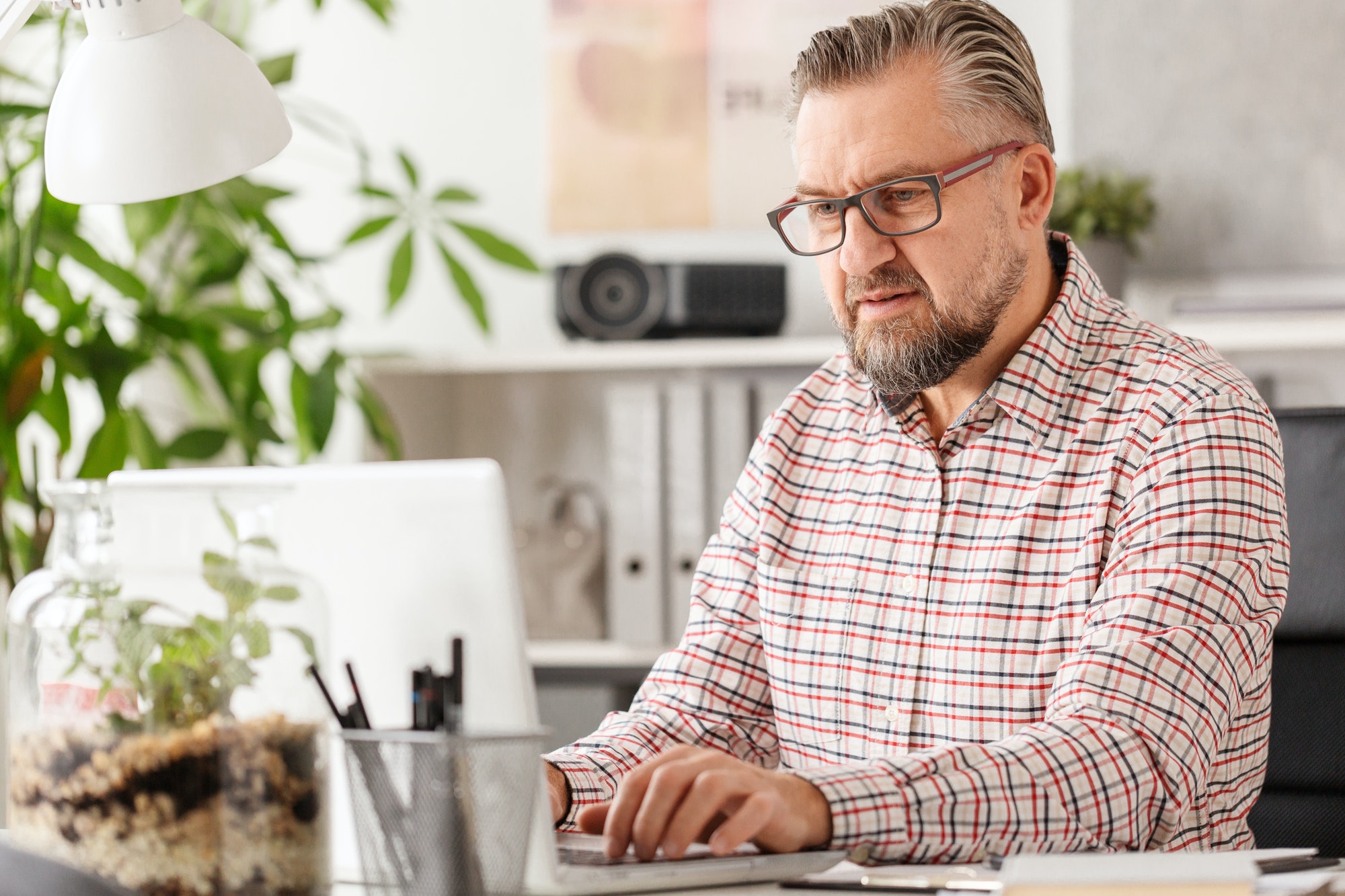 Average Americans pay $170 in bank fees each year, and one of the most common costly mistakes people make is overdraft fees.

If you make a purchase without enough money in your account to cover it, your bank can cover the charge for you, for an overdraft fee. However, Chase reserves the right to decide to allow overdrafts or not.

We’re going to show you how to get the fee waived, but first let’s take a look at how much Chase charges for an overdraft fee.

Chase charges a $34 insufficient funds fee each time you overdraft, and the daily maximum is 3 overdrafts per day. If you overdraft 3 times a day, your total “Return Item Fee” will be $102 even if the transaction did not go through.

Here is a glance at the maximum limit of Chase overdraft transactions:

However, there are some ways to avoid Chase overdraft fees or get them waived by implementing overdraft protection measures and paying off the charge within the same business day.

You can start by using the app and alerts to stay updated on your account balance. Here’s everything you need to know about the Chase overdraft fee and how to protect yourself from overdrawing your account.

Most commonly, people will overdraw their account trying to make a purchase with their debit card. Chase does allow transactions with your debit card if you have authorized Chase to cover everyday debit card transactions under Chase Debit Card coverage.

You can update your preferences for overdrafts anytime under account settings on chase.com or by calling 1-800-935-9935.

It’s easy to forget about reoccurring transactions connected to your checking account that automatically withdraw each month.

However, Chase will typically authorize overdrafts for these types of transactions. That way, if you have a critical utility bill, phone bill or mortgage payment it is still covered.

You cannot overdraft at an ATM with Chase. The bank will not allow you to withdraw more cash than what you have in an account, or the amount in a linked account for overdraft protection.

If you write a check and someone tries to cash it, but you do not have enough in your Chase account to cover it, Chase will typically still authorize the transaction.

How To Get Your Overdraft Fee Waived

In many cases, Chase will give you a break if you don’t have too many overdrafts on your account. You can contact Chase’s customer service department at (800) 935-9935 and talk to a rep to see if they can waive the overdraft fee for you.

You can make the request by calling, emailing, or in person. Below are the instructions and script you can use to get your overdraft fee waived:

Level 1: Attempt with customer service rep on the phone

Hi, my name is [YOUR NAME], can you pull up my account? I have my account number here.

After the rep verified you as their customer, just be straight forward with them. As they are the frontline customer service rep, most of the time it will be a simple YES or NO.

I’m looking at the overdraft fee of [AMOUNT] dated on [DATE], and I would like this fee to be waived.

The customer rep will either tell you:

Level 2: Attempt with a supervisor on the phone

If they cannot help you, ask to speak to their supervisor. You can then use this script to try to get your overdraft fee waived:

I have been banking with Chase for [YEARS], and I have been very satisfied with Chase Bank’s service. I have consistently been depositing [AMOUNT] in result to [TOTAL FUNDS] in my account. I prefer not to take my business elsewhere because of this small fee, and I would like this fee to be waived. (Your tone should be straightforward but polite at the same time.)

Level 3: Attempt at your local Chase Branch in person

If you do not wish to speak to a Chase customer service rep on the phone or in person, you can try to email them.

Even if you are a VIP and you have the email address of your private account rep, after receiving your email he/she will most likely call you back by phone to discuss your needs.

If you still want to email them, here is a script template you can use:

To whom it may concern:

Hi, my name is [YOUR NAME], and my Chase account number is [YOUR ACCOUT NUMBER]. I have been with Chase Bank for [YEARS] and thank you for always proving excellent service.

I would like this overdraft fee to be waived [as this is my first time] or [as this is a rare happening].

Please check and see if you can help waive this fee for me, thank you for considering my request.

Live Chat: Unlike other Banks such as BOA and Citibank, Chase Bank does not have a live chat support.

There will be times when you overdraft your funds, but you will not be charged overdraft fees.

Chase will not charge an overdraft fee if the bank declines a recurring debit card transaction or if your account balance is overdrawn by less than $5.

In a situation where you had enough funds in your account at the time of purchase, but not enough when the transaction finally goes through, Chase will not charge an overdraft fee.

If a purchase shows as pending for a few days and you make another transaction leaving less in your account than before, you will not be charged an overdraft fee.

At Chase, if you can make a deposit or transfer on the same business day as your overdraft, then you can avoid being charged a fee. However, if you deposit a check to cover the overdraft, you must be sure that the check will go through.

The same day means before the following times:

If Your Overdraft Remains for 5 Days

So how often does Chase charge overdraft fees? Chase posts overdraft fees to your account on a daily basis. These fees are determined last, after all other transactions, and will be charged after closing time (11 pm Eastern time).

The Chase overdraft fee is charged per overdraft transaction, with a limit of three overdrafts a day.

These fees do not have interest but if your account remains overdrawn for five consecutive business days you may be charged a $15 extended overdraft fee.

This extended overdraft fee even applies if your account is overdrawn by less than $5.

How To Get Overdraft Protection

To protect yourself from overdraft fees, you should always follow some banking best practices like linking accounts and setting up alerts.

Chase will only transfer the exact amount needed for a transaction into your checking account. The best part? Linking accounts is free.

However, remember that if you do not have enough money in your linked account then you will still be charged an overdraft fee.

Chase can send you alerts via email, text, or push notifications from their app to let you know if your account balance is low or overdrawn.

You can set the minimum amount for getting alerts. And you can set alerts for other things like transactions, payments and more so that you always know the balance in your account.

Chase overdraft protection is when you link a backup account to draw funds from in case of an overdraft. Typically, you can link your checking to dip into savings if needed. However, debit card coverage is choosing how Chase treats different types of transactions.

Chase debit card coverage allows you to determine how the bank will treat certain transactions in case of an overdraft.

For example, you might decide that any purchase of groceries or gas can be an overdraft, but any purchase at the mall or movie theatre is not allowed to overdraft your account.

The benefit of this is that you can decide what transactions will be allowed to overdraw your account and can make exceptions for only necessary or important purchases.

Also note that Chase debit card coverage is only good for everyday transactions like groceries, getting gas, eating out, etc., and does not affect recurring debit card purchases, which are covered under Chase Standard Overdraft Practice.

However, note that chase debit card coverage is not available on the following accounts:

Chase vs Competitors on Overdraft

Overdraft fees have consistently been around $30 in the U.S. for the last decade, although the fees do typically increase by a few cents each year. Chase’s overdraft fee is the average amount compared to other popular banks in America.

Bank of America charges a $35 overdraft fee for every item over $1. They allow up to four overdraft item fees a day, which could charge you up to $140.

Citibank charges $34 for overdrafts, with a limit of four per day. Additionally, the bank does not allow overdrafts of ATMs Citibank does offer some protection from these fees through Safety Check and Checking Plus services.

Wells Fargo charges $35 whether you overdraft by check, ATM, debit card, or recurring payments. They only allow up to 3 overdraft fees a day, and like Chase, Wells Fargo reserves the right not to cover a transaction for you.

If you have a history of overdrafts, it will likely not go through, and you will still be charged a fee.

US Bank, similar to Chase’s policy, only charges a $36 overdraft fee if your account is withdrawn more than $5.

However, you can only withdraw up to 4 overdraft transactions a day which could cost you up to $144 in fees.

That’s a lot of fees in just one day. Additionally, the account must be positive on the eighth of each month, otherwise US Bank charges another $36 fee.

You don’t need to pay hundreds of dollars in bank fees each year. You can easily avoid it with banking best practices like alerts and linked accounts.

However, if you do need to overdraft an account at Chase for any reason, then there are still ways to avoid the fees.

Chase bank can decide whether or not to cover a transaction on an overdrawn account, but anything that withdraws an account more than $5 will cost you.

Stay informed about Chase overdraft fees so you can make the best decisions to protect your money and avoid fees. 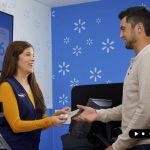 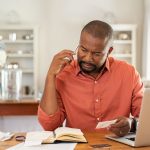 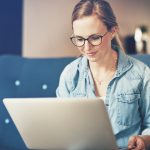