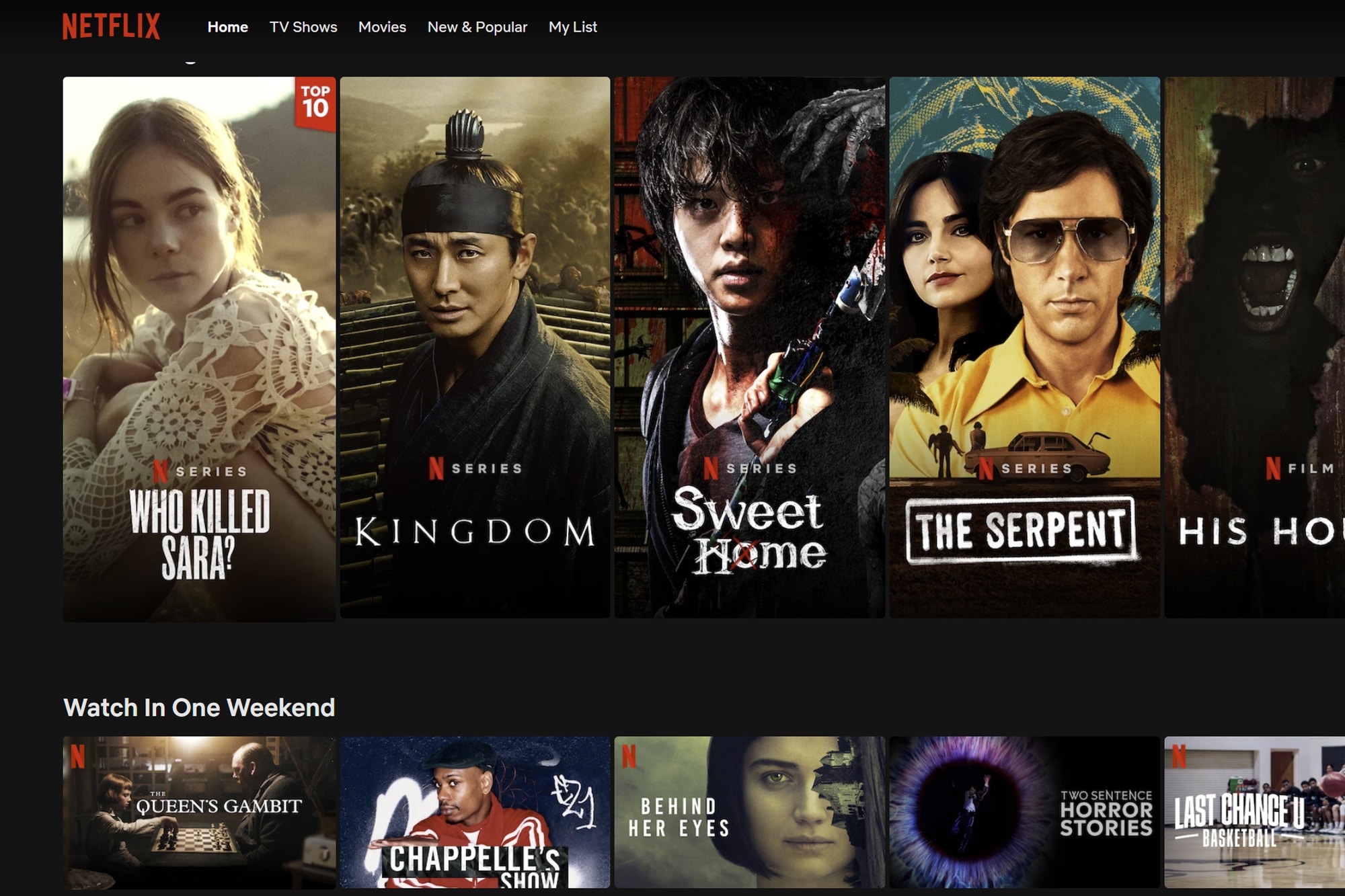 Netflix is the most popular streaming platform that offers a variety of different television shows and series. Their biggest customer base is students, and one of the most popular questions people have is if they have a student discount or not.

There are 2 main reasons why Netflix does not have student discounts. The majority of Netflix’s subscribers are students. If they offer a discount, it will be a big loss to their profit margin.

Another reason why Netflix does not offer student discount is because they are already the best streaming service among their competitors and they don’t need to cut profit margin to get their brand name out there.

Netflix never offered student discount and they don’t have any plans to do so in the near future, but here are some of the cheapest ways students can get Netflix.

Cheapest Ways to Get Netflix

For the most expensive plan, users can stream on up to four devices. So if a student recruits three friends to split the cost, they can all use the same Netflix account and pay less than $5 per month for Netflix.

Netflix does not offer free trials nor does have many discounts. (Source: Netflix) However, there are some shows that users can watch for free on Netflix, you can find the list of those free shoes here.

While these shows are free, the options are limited. For further watching, users will have to purchase a Netflix subscription. Here are the cheapest ways to get Netflix:

One of the easiest ways to save money on your Netflix account is to simply split the account between household members.

The standard Netflix subscription allows users to watch on two different screens at the same time, so there should be no problem splitting the payments in two for a lower cost.

In fact, two people would be paying about $7 each month to use Netflix instead of the $9 that the Basic plan costs each month.

While splitting the account in two is the best for couples or two roommates, individuals who live with three or four different roommates can opt to split the cost of the Premium plan, which allows up to four devices to be used for screening at a single time.

If four people split the cost of the Premium account, they will each be paying about $4.50 each month for Netflix.

Even if students don’t live under the same roof as their family, they can still share a Netflix account with family members.

Similar to sharing an account with roommates, family members can use a Netflix account and stream on numerous different devices at the same time.

If a student has multiple siblings that also want to share an account, the family can opt for the Premium plan.

If a student’s parents already pay for a Netflix account, it would also be cheaper to stay on that account instead of paying for a new subscription.

Unknown to some, Netflix users do not need to be on the same wireless network to stream Netflix.

While this will require more research and constant work on the user’s end, using discount gift cards can be a way to stream Netflix at a discounted rate.

However, free or discounted Netflix promotions are not always available, and some turn out to be scams.

Yet, Netflix users can buy Netflix subscriptions by using iTunes or Google Play gift cards. If users purchase Netflix by using these apps, they can opt to get discounted gift cards by participating in surveys on the Google Play Rewards app.

Method 4. Use Cash Back Websites

However, there are not many verified websites for cashback when it comes to Netflix or Google Play.

Instead, students can opt for a cashback credit card that gives a percentage of all funds back. Depending on the purchase, the cashback can be as little as 1% but as much as 7%.

Method 5. Use VPN and Get Netflix for $3

The basic steps include purchasing a VPN, buying Netflix gift cards for the country users plan to purchase the service from, purchasing Netflix in that country, and how to transfer to the Netflix server in a user’s home country.

Note: this is not the easiest task to do and is not how Netflix prefers users to get this service. If users are discovered to have misused the Netflix service, the worst thing that generally happens is the user has kicked off the server of the country Netflix was purchased in.

For this reason, users should get a quality VPN (such as NordVPN) so that users stay anonymous online and can use other servers without being detected.

Netflix is available in many countries across the world, and the price per month will be different depending on where users live. However, Netflix offers three options for users to purchase: Basic, Standard, Premium.

You can upgrade, downgrade or cancel your Netflix subscription if you’re not satisfied with it. There is no contract and you will not be charged any cancellation fees.

*the monthly costs of plans will differ depending on users’ country of origin. For the most accurate information, visit Netflix’s Plans and Pricing Page.

Netflix’s Basic plan offers unlimited moves and TV shows as well as the freedom to stream on laptops, televisions, phones, and tablets. Users can download on one device and can stream on only one device at a time.

The Standard Plan includes everything available in the Basic plan with the addition of 2 total devices that can simultaneously be used for streaming and downloading. HD films are available with this plan.

The Premium plan is Netflix’s most elite plan that includes everything in the Basic and Standard plans but allows for streaming and downloading on up to 4 devices. Additionally, users have the option for Ultra HD.

While Netflix is a popular streaming service that offers movies, television shows, and documentaries to countries across the globe, it is not the only service available.

In fact, streaming services from other providers are becoming available frequently. With so many options to choose from, Netflix does not have to be the end-all-be-all. Some other options for streaming video include:

Related: Is There a Student Discount for HBO Max?

Every one of these streaming services offers unique options and has several perks. But how do they compare to Netflix, and do any of these offer a student discount?

Each of these services has been compared to Netflix in their price, discount availability, and content. The table summarizes this information and more detailed summaries can be found below.

Unlike Netflix, Hulu releases episodes to shows just days after they are originally aired. Hulu has hundreds of options and a wide variety of genres for students to enjoy, with shows such as The Handmaids Tale, The Bachelor, and dozens of shows that were released on FX.

The student discount can be applied for however long the student can prove that they are still in school. (generally with a university-issued email address).

However, Hulu will have advertisements with its most basic plans. To remove ads, students will have to upgrade their accounts.

Amazon Prime offers a 6 month free trial for students followed by a 50% discount. Not only do students have access to Prime Video, but they also can benefit from free shipping on Amazon and deals that are only offered to prime members.

With Prime, students can watch original films and access hundreds of popular movies and television series.

For example, students can watch Coming to America 2, Star Trek Beyond, Jack Ryan, or Dazed and Confused. Amazon Prime has limitless options for students and for a great price.

YouTube Premium is a great alternative to Netflix because it offers both movies and television series as well as ad-free music subscriptions.

Students will get one month free from YouTube Premium and then pay only $6.99 per month for the service.

YouTube Premium can be watched from gaming consoles, televisions, and mobile devices that support Google.

Students will have access to over 30,000 episodes that are on-demand as well as numerous Paramount+ originals.

Paramount+ also offers many movies, lives sports such as the NFL that are on CBS and UEFA, live news from CBS, and other news stations.

To access the student discount on Paramount+, students will need either a current school ID, school transcript, or another university-issued document.

Once the student submits one of these documents, there is a waiting period before the student will have access to Paramount’s content.

To get the Showtime student discount, students should sign up through Spotify because the $4.99 per month will cover Spotify Premium (unlimited ad-free music), Hulu (with commercials), and Showtime.

With this offer, students can watch popular shows on Showtime, such as Shameless, Desus & Mero, and Black Monday with no ads. Further, students can access popular movies, numerous documentaries, and sports.

If students are not sure they want Showtime, they can start with the 30-day free trial.

While HBO Max used to offer a student discount for $9.99 a month, they are no longer running this promotion.

Unless students already had a student account, they will have to create a new account that is $14.99 a month.

Even though HBO Max is one of the more expensive streaming services, it has a lot to offer. Not only will subscribers access numerous popular shows such as Friends, The Big Bang Theory, and Game of Thrones, but Warner Brothers will release 17 new movies on HBO Max in 2021, including Wonder Woman 1984.

Additionally, subscribers to HBO Max will have access to many television channels, such as TNT, TBS, TruTV, Adult Swim, Cartoon Network, and CNN.

Disney+ does not offer a student discount, but it is already less expensive than Netflix at $7.99 per month. With a subscription to Disney+, students can access original Disney movies, Disney Channel television shows, and new releases (although some new releases cost extra to view).

Students can also opt to subscribe to the combo deal of Disney+, Hulu, and ESPN for $13.99 a month, which is a pretty good deal to access Disney, Pixar, Marvel, Star Wars, and National Geographic plus sports on ESPN, and all the content on Hulu.

Similarly to Netflix, students can also opt to share the subscription with roommates or family to lower the monthly cost.

Related: Disney Plus Subscription Cost Around the World

Students don’t need to opt for a student discount on Crackle because it’s completely free to sign up and use. While there is limited content on this platform (only 150 full-length movies and 75 television shows), it is still a great option for students who are on a budget.

The reason that Crackle is free is because there will be advertisements before and during viewing. However, these short interludes may be worth it for the free streaming.

Also, there are not many current hit movies available, but there are many genres for students to choose from.

Shudder does not offer a student discount but costs only $5.99 per month. If students opt to pay for the annual subscription, they will pay $56.99 upfront which turns out to be about $4.75 per month.

Additionally, Shudder offers a 7-day free trial to test out the content before purchasing a subscription.

For students who are fans of horror, Shudder is the perfect streaming service. Not only does it have old classics such as Halloween, but it also features new releases and trending horror films that may not be available anywhere else. Plus, the subscription includes podcasts and live streaming events.

Apple TV+ has many movies and shows available for screening. Additionally, the monthly rate is low for the quality of shows. Not only does Apple TV have shows meant for families, but it continuously adds new content.