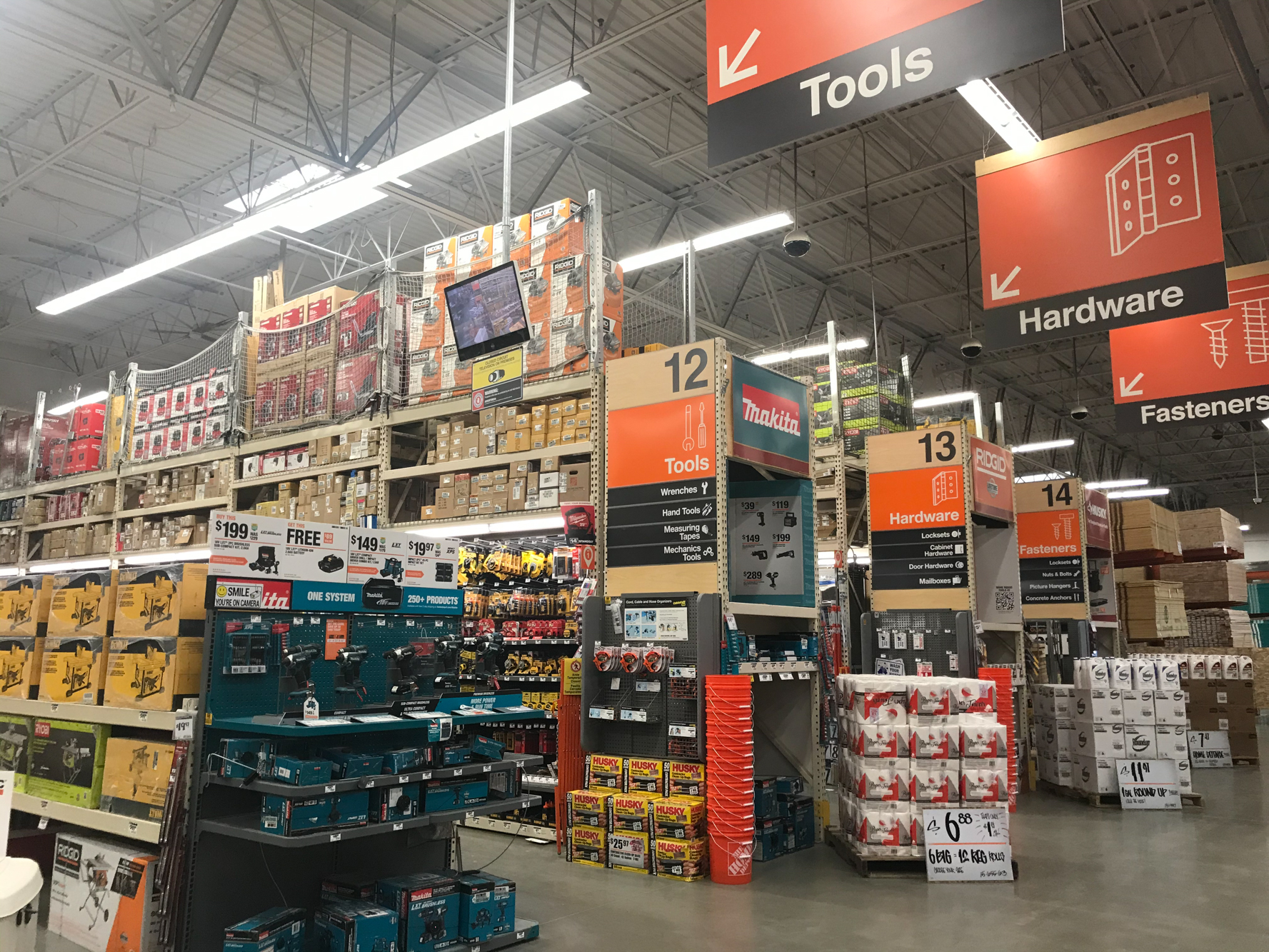 Apple Pay is a digital wallet service by Apple, that lets customers purchase products safely and securely through a smartphone or smartwatch. With over half of the United States smartphone owners using iPhones, Apple Pay is a convenient and ubiquitous payment option across America.

Big retailers such as Target and grocery stores like Trader Joe’s have already transitioned into accepting digital wallets as a contactless payment method. Hardware stores like Ace Hardware have also started to accept Apple Pay.

Home Depot does not accept Apple Pay as a form of payment as of 2021. Alternatively, Home Depot customers can use PayPal on their phones to pay for their purchases in-store and online.

While many across the U.S. and world shift to contactless payments for benefits of security, cleanliness, and convenience, some stores, like Home Depot have not made the transition to accepting this new form of payment.

Habitual Apple Pay users may be frustrated at Home Depot check-out if they have not prepared cash or a physical card to make their purchase.

The likely reason why Home Depot is currently not taking Apple Pay is due to Home Depot’s partnership with PayPal in 2012, which may have pressured Home Depot to delay the support of Apple Pay.

By limiting payment options, Home Depot may steer consumers into using payment systems that generate more profits such as the Home Depot credit card, or through their partnership with PayPal.

Another potential factor could be technology: Apple Pay and other mobile payment systems use a system called “near field communication (NFC)” which facilitates contactless payments between mobile devices and chip credits with the pin pad. Because NFC is a relatively new technology, many retailers have been slow to adopt it.

While this may be true in some stores, we know that Home Depot has supported Apple Pay at some point, and some online posters have even claimed to use Apple Pay successfully, despite the feature not being formally supported.

Did Home Depot Ever Take Apple Pay Before?

Home Depot never did provide formal support for Apple Pay, but many users reported successfully making transactions with Apple Pay in 2015. In May of 2015, Home Depot announced that their 2000 retail locations would support Apple Pay. At the time of the announcement, the Home Depot spokesperson never provided a clear timetable.

Shortly after the above article was published, Home Depot blocked the usage of Apple Pay within its stores. As of today, and 2021, Apple Pay is not a supported option, and one must use a credit card or cash to complete their transaction.

Will Home Depot Ever Take Apple Pay in the Future?

Home Depot has not made any official statements indicating that Apple Pay will be an accepted payment method soon. A search across different online message boards might suggest that support for Apple Pay is on the horizon, but without official word from a Home Depot spokesman, this is only speculation.

While there is no official news indicating Apple Pay support, there has been an uptick in NFC support across retailers in the United States. Factors such as digital natives becoming a larger contingent of the economy, greater awareness around data security, and the desire for contactless payments in the time of a pandemic provides many reasons for Home Depot to support more flexible payment options.

Are There Any Other Ways I Can Pay with My Phone at Home Depot?

You cannot use your phone for transactions at Home Depot stores as of 2021. Mobile payment systems such as Google Pay, Samsung Pay, Venmo, and more are also not supported. Instead, you will need to use traditional physical payment methods such as cash, credit card, or Home Depot gift cards.

In terms of credit cards, you have the following options at Home Depot

If you still prefer a contactless payment method like Apple pay, you can consider shop for your hardware and tools at other big retailers such as Costco.

Which Other Stores Take Apple Pay?

Apple Pay and other mobile payment systems are trending to become one of the most comment methods of exchange in the United States and beyond. As a result, more and more retailers are providing robust contactless payment options. Below is a breakdown of some of the largest retailers that have support for Apple Pay.

Can I Pay with Apple Pay at Home Depot?

You cannot use Apple Pay at Home Depot because they do not support any mobile payment systems. Consumers have successfully used Apple Pay in the past, but this feature has since been disabled. Home Depot customers should plan and bring their credit cards or cash.

Apple Pay and its contemporaries offer a more secure, convenient, and healthy payment option. As U.S. consumers continue to see the merits, more and more stores will allow for mobile, contactless payments. In the meantime, some stores like Home Depot continue to have limited support, so even avid Apple Pay users should continue to carry their wallets.