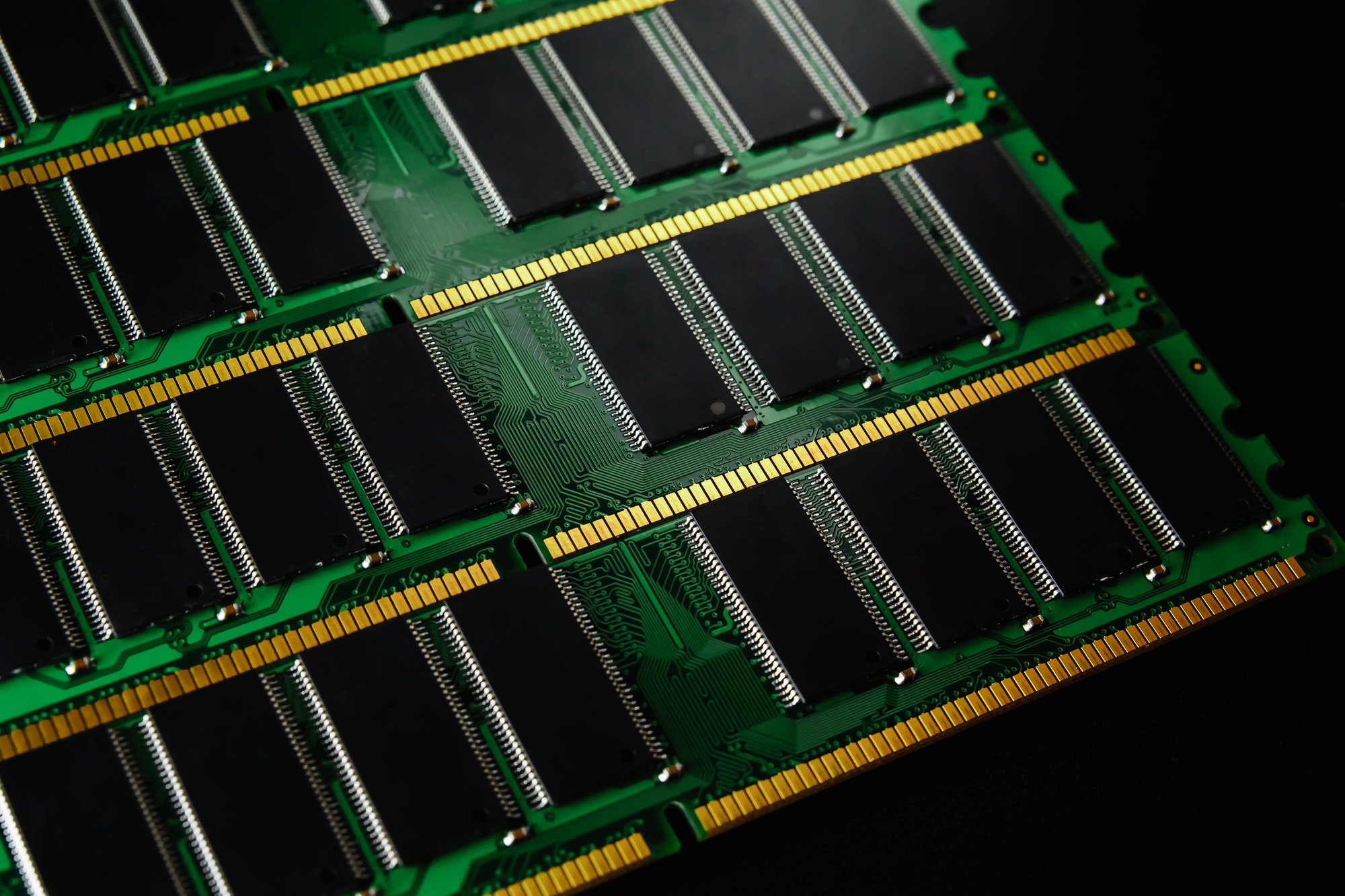 The market for computers is ever-growing due to the needs of both the common man and the avid gamer. From the standpoint of a fellow consumer, I know how daunting it can be to choose the correct parts for your specific needs.

I have built 3 PCs from the ground up over the course of the past 5-6 years. As someone who is an enthusiast of the art that is making the very best machine at the most affordable prices, I’ve had to examine countless components of PC hardware. One of the most crucial pieces is of course your machine’s RAM.

On Average, RAM costs between $100 and $200 USD for a quality component. A standard 16GB RAM for DD3 cost $70-$100, and DD4 cost $80-$150. This cost is estimated based on your preferences of style, compatibility, brand, size, the inclusion of RGB lighting, or the specific speeds they’re clocked at in terms of PC performance.

Below we’ll take into consideration all of the various attributes that make up the best cost to performance ratio in RAM for you and your computer’s specific needs.

Before Increasing your RAM

Before purchasing any new parts for an existing or prospective machine, you should understand why your RAM decision is so paramount.

Using RAM instead of using the hard drive itself is faster because RAM is intended to temporarily store things as opposed to the hard drive’s more permanent storage.

RAM of increasing size and speed is preferable due to its faster loading times in games, and improvements on the gaming experience overall. Not only can you store information temporarily, but information can be both read and written faster.

As stated by Velocitymicro, your RAM directly correlates with your PC’s performance speeds when gaming, browsing, streaming, or editing.

These are, of course some of the broader subjects that could be attributed to the construction of a PC. The RAM is your end-all component for faster performance.

Keep in mind that every PC, Mac, and Laptop has their own specific compatibility requirements for parts. If your computer requires DDR4 instead, the costs are a higher rate all-around.

Please research which RAM your own PC’s motherboard will need beforehand, as DDR3 and DDR4 are not interchangeable. Here is the difference between DDR3 and DDR4:

One of the lowest recommended specs for RAM is sixteen gigabytes: a decent starting point for any avid PC enthusiast. This amount of RAM can comfortably run many games and programs without stuttering the frame rates or programs under load.

Though it should be noted, this amount can still be underperforming when running a moderate number of programs simultaneously.

According to general consensus, the average cost of 16gb RAM is:

I would not recommend building a PC that runs DDR3, but some older models of machines could still be operating under this framing.

Prices for Laptop RAM are usually cheaper, as the components aren’t designed to be nearly as showy as a tower PC’s are. An example part for laptop RAM is the Corsair Memory Kit at the price of $65 USD.

Generally you’ll be upgrading these machines instead of building, unless you’re creating a ‘Hackintosh’. The pricing for a good set of Mac RAM appears to be in the range of $65 USD, same as the laptop’s kit. Here’s an example for your needs, which are once more, Apple certified Corsair’s.

Upgrading from 8gb to 16gb

If your machine already comes installed with 8gb of RAM, you might be able to cut some costs and upgrade directly to the next tier.

My recommendation is that you check your currently installed RAM’s clock speeds, compare them to a new product, and judge whether or not you should upgrade.

If you think that you should, my most helpful tip is for you to buy two extra sticks of 4gb RAM instead of buying two 8gb sticks. This will cut corners in regards to pricing.

Next is the mid-range of RAM storage. 32gb will have enough RAM for all but the most strenuous tasks for a PC to perform. At this range, you should be capable of playing any game with great loading times, no difficulties in pulling data, and more. This is the standard range for most good quality machine builds.

The price range at this point varies more than others, however. At this range, you can be looking at prices between $150 USD to as high as $375 USD, depending on parts.

This is the range where your part’s performance can also be swayed by the component’s stylistic choices. You will not be upgrading again for a time, and thus, should take into account RGB lighting or other factors if you’re planning on building a flashier machine.

I absolutely would not buy DDR3 at this range, as that standard is aged and is in the process of being phased out of modern builds. Instead, only buy DDR4

Many laptops are held back by their minimalist designs at this level. Only buy 32gb of RAM for these machines if yours is wildly underperforming, as, you’ll begin to see flatlined increases in performance at this range.

An example piece runs for roughly $120 USD, a Corsair product, The Corsair Vengeance has a variety of MHz clocking speeds which you should be paying attention to. These clock speeds will make the difference for your machine, provided it can handle them.

The Mac runs at a similar price to a PC Laptop’s own. Be sure to check compatibility before purchasing, as many RAM sticks are incompatible with the average Mac. A provided example pricing is $115, with this part from Timetec.

Upgrading from 16gb to 32gb

Any computer designed for gaming will likely need somewhere between 16gb and 32gb of RAM for optimal performance. But, if you’re upgrading from 16gb, you have two options:

These two options depend on what you plan on doing in the future. If you plan on upgrading to 64gbs, have four 4gb RAM sticks, or if you’re planning on maximizing your machine’s speeds… I would suggest buying the two 16gb RAM sticks.

Otherwise it might be a more frugal choice to simply upgrade from your original 16gb with two more 8gb sticks.

The video below will articulate if 32 GB of RAM is actually necessary for PC gaming. In this video, they use the predator HyperX, and the Corsair Vengeance that was used as an example previously.

This video articulates that you will on average get between 10 FPS in difference, but keep in mind that this is benchmarked with only the games running.

This would not include any various other tasks you could potentially be performing in the midst of gaming, such as streaming, writing, watching YouTube videos, browsing social media websites, or any other activity you may like to multitask.

Personally, I feel that 16gb of RAM is the bare minimum you can use to play games with high settings, but you’ll likely lag behind if you’re attempting to multitask as I and many others often do.

If you’re someone that is planning on buying multiple monitors to multitask at a greater capacity, particularly if you’re interested in breaking into streaming, I would highly recommend that you consider utilizing 32gb of RAM instead of a mere 16gb.

Sixty-four gigabytes is a point where you’ll only require this amount for very, very computer strenuous tasks. 64gb is a specialist amount for things such as coding, advanced rendering, or other tasks that a general gamer will rarely use.

Though keep in mind, with the ever-changing PC market this amount of computing power will likely be necessary one day: just not today.

However, you’ll absolutely have the bragging rights of being able to open ten thousand Google Chrome windows without straining your system’s memory at this level of overperformance. Otherwise, for most users, 64gb of RAM is probably unnecessary.

While this is again, overkill for most systems, you’d likely be looking at a price between $200 USD and $350 USD as general rule. These variables are attributed to the clock speeds of these RAM modules, and would greatly vary in styles.

I would not recommend buying this much RAM for any laptop, as they’re not quite capable of utilizing this amount of system memory in a way that would warrant such an expensive purchase. You would be far better off buying 32gb or even just buying another laptop if all else fails.

Likewise with the laptop, I would not recommend buying this amount of RAM for these machines, as they’re less likely to utilize it in any scenario. Though, I would suggest purchasing them at an off-brand retailer instead of Apple themselves to cut the costs if you absolutely must. Recommended brands would be something like Crucial, or any competing brand that offers the same specs.

Upgrading from 32gb to 64gb

At this range, the best advice for upgrading your RAM is to simply purchase another set of 16gb RAM sticks to bring your system up to the 32gb specs desired. Tossing away your old 16gb RAM sticks would be an absolute waste of money for a minimal return in terms of speed.

My personal recommendations for all builds would be something akin to 32gb. As previously stated in the article, this is the point where all builds are comfortable performing any task without failure or compromise. Higher would only be for personal satisfaction, and lower would likely lag behind in some situations under stress.

3 Types of RAM for Your PC

With my frugal advice in mind, a few choice selections are always necessary to begin searching. As I’ve stated above, be sure to review them and check the specifications for yourself before buying to ensure that they fit the requirements for your computer.

This list below will give my top three examples from the very best, to the average, and finally a capable budget set of RAM sticks that could work in a pinch.

Related: What is Average Price Of A Gaming PC? | Cheap vs Expensive

The best advice I can give for potential buyers is to check the clock speeds before making any decisions and read all the reviews for the RAM’s performance and failure rate. Some manufacturers cut corners when it comes to the construction of their products or might have known compatibility issues with the motherboard you use.