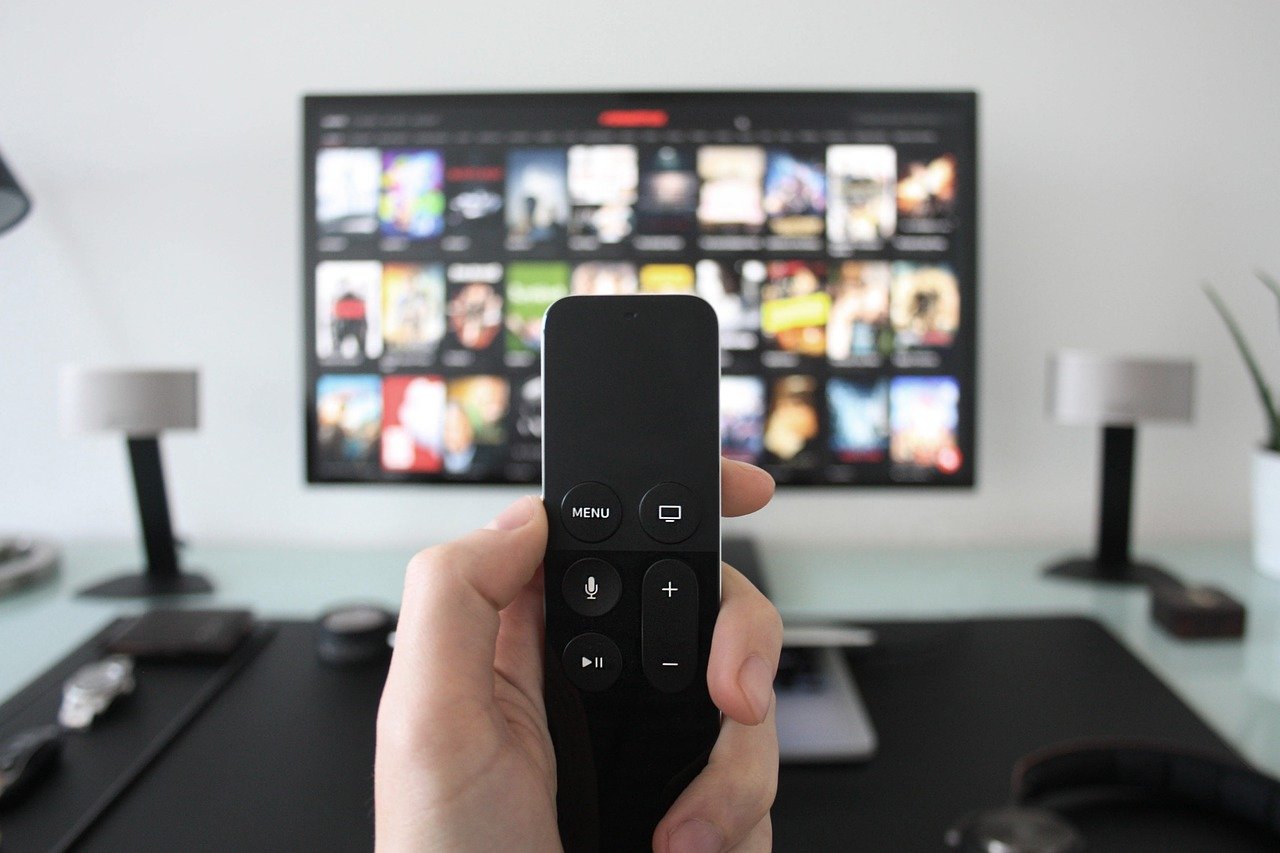 The world of consumer electronics and gadgets have been getting more and more complicated every day. This is especially true for the world of TV.

TV sets used to be very simple. It used to be the case that when you buy a TV set, you just have to worry about price and picture quality. You hook it up to your cable box and your DVD or Blu-Ray player and you are done. No apps and no streaming services to worry about. Those days are long gone.

If you have not bought a TV for some time, you may find the current landscape of TV technologies confusing and bewildering. These days, when you buy a new TV set you are almost certainly buying a smart TV because most TV vendors no longer make “dumb” TV anymore. But more than just smart TV, manufacturers are also casually throwing around a lot of tech terms in their marketing materials: Android TV, Fire TV, Roku TV, media streaming device, Apple TV, and on and on. What do these terms even mean? And how are they related to and different from each other?

If you are confused by these tech terms and want to understand the differences between Android TV and smart TV, you have come to the right place. We have compiled all the relevant information you need into an ultimate guide to help you to navigate this exciting but confusing new world of TV technologies.

For the rest of this article, we will explain the differences between such things as smart TV, Android TV, Apple TV, Fire TV, Roku TV, and media streaming devices. We will compare them to show you how they are similar to and different from each other. We will also offer useful tips on how to choose a smart TV. After you have finished this article, you will be knowledgeable enough to make an informed decision on buying your next TV. Without further ado, let’s get started.

What is Smart TV

A smart TV is a TV set with integrated Internet connectivity and computing power (processor, RAM, storage). It connects to the Internet through either its built-in Wi-Fi or an Ethernet cable.

Some of the more recent models of smart TV also include other functionality such as:

There are many vendors of smart TVs. Major brands include:

Given the fact that a smart TV is a computing device no different from a laptop or a smartphone, it should not be a surprise that smart TVs also come with privacy and security concerns just like laptops and smartphones do.

Say you have an old TV you bought a long time ago. It still works perfectly fine but it is not a smart TV. Now, you want to watch Netflix on your TV. What can you do? Well, you could go out and buy a new smart TV that supports Netflix. This would probably set you back a few hundred to a few thousand dollars, depending on the screen size and feature set of the smart TV you choose.

On the other hand, you could just buy a media streaming device such as an Amazon Fire TV Stick or an Apple TV box for $30 to $150, plug it into the HDMI port of your TV, and turn your TV into a smart TV. That is it. Now you have a smart TV and can stream shows from Netflix and Disney+. All for a low, low price of $30 to $150.

Media streaming devices are also called digital media players. They provide the networking and computing capability (Wi-Fi connection to the Internet, processor, RAM, storage) that makes a smart TV “smart.” All you have to do is to plug a media streaming device into your TV set.

In a way, a media streaming device is a smart TV without a screen.

Now that you understand what is a smart TV and what is a media streaming device, the next question to tackle is: what is an Android TV?

To answer that question, it helps to go back to our earlier analogy: a smart TV is just like a smartphone or a laptop but with a much bigger screen.

In fact, Android TV is a modified version of Android specifically designed to run on smart TVs. Just like Android, Android TV is also developed and maintained by Google.

When you get a smart TV such as the Sony X750H 55-inch 4K Ultra HD LED TV, it runs the operating system Android TV.

When you get a media streaming device such as the Nvidia Shield Pro 4K, it also runs the operating system Android TV.

Going back to our earlier example, Sony X750H 55-inch 4K Ultra HD LED TV is a smart TV that runs the Android TV operating system. As a result, many people would call this particular smart TV an Android TV. In this sense, Android TV is a type of smart TV.

To recap, Android TV is:

Things are more complicated when you are buying a smart TV or a media streaming device – your choices for operating systems are a lot more than just 2.

So when you are shopping for a smart TV, do not assume that all TVs from the same brand will run the same operating system. You need to pay special attention to what operating system a TV is running to avoid any future surprises.

Many of us find this proliferation of choices of operating system for smart TVs (and media streaming devices) perplexing and have difficulty understanding their differences. Besides Android TV, there are also Apple TV, Amazon Fire TV, Roku TV, Samsung Tizen, LG webOS, Vizio SmartCast, and on and on. How do they compare to each other? How do you choose among them?

For those in a hurry, the following scorecard summarizes the strengths and weaknesses of the major smart TV operating systems based on streaming content selection, ease of use, features, performance, and stability. After the chart, we will examine each operating system in more detail.

To better understand the above scorecard, let us take a more detailed look at the major operating systems for smart TVs and media streaming devices. They include:

Created by Google based on Android. It is found in smart TVs from Sony, Sharp, Philips, Toshiba, and TCL. It can also be found in numerous media streaming devices such as Nvidia Shield and Xiaomi Mi Box

Created by Roku, the largest maker of media streaming devices in the world. It is used by all Roku streaming devices such as Roku Streaming Stick+ and Roku Ultra. It is also found in many smart TVs including those from Sharp, Hitachi, TCL, Hisense, and Westinghouse.

Created by Amazon. It is found in all Amazon’s media streaming devices including Amazon Fire TV Cube & Fire TV Stick. It can also be found in smart TVs from Toshiba and Insignia, Best Buy’s house TV brand.

Created by Apple based on iOS. It is found in all Apple TV, the media streaming device from Apple.

Created by Samsung. It is found in all smart TVs from Samsung

Created by LG. It is found in all smart TVs from LG

Created by Vizio. It is found in all smart TVs from Vizio

To save you time and make your life easier, we have done the legwork for you to compile this streaming content service selection information for the major smart TV operating systems.

Say you are in love with this beautiful LG OLED55CXPUA CX 55 inch Class 4K Smart OLED TV. The OLED screen is stunning – much brighter and better than any LED or QLED screens could ever hope to be. And LG, as the only manufacturer of OLED TV panels in the world, is of course widely regarded as the maker of the best OLED TVs you can get anywhere. But there is a problem. You want to stream HBO Max on your TV. And as you can see, LG’s webOS smart TV operating system does not support HBO Max, at least not yet. You have your mind set on that LG TV and you do not want to settle for a TV from a different brand. What can you do?

While streaming content selection is one of the most important things to consider when choosing a smart TV, it is not the only thing. Other factors such as features, performance, stability, and ease of use are also very important.

In this section, we will look at these factors one by one and compare the various smart TV platforms based on these 6 factors.

Android TV is quite a popular smart TV platform. You can find it on both smart TVs and media streaming devices from many different manufacturers. Its greatest strength lies in 2 things: seamless integration with the Google & Android ecosystems and the huge selection of streaming content services & apps available.

Roku TV has the biggest market share in the media streaming device segment. It is also available in many smart TVs such as those from Sharp and TCL.

Technically speaking, Apple TV / tvOS is not found in smart TVs – it is only available as a media streaming device. But because the Apple TV box is such a popular choice among consumers and you can just plug it into any TV, we are including it here nonetheless.

Tizen is used by Samsung only. All Samsung smart TVs run Tizen. For years Tizen lagged behind LG’s webOS in terms of features and performance. It is fair to say that Tizen has finally caught up. These days, Tizen is one of the best smart TV platforms on the market.

Vizio is a budget brand for smart TV. It is interesting that instead of adopting a 3rd party solution such as Android TV or Roku TV, Vizio has decided to develop and maintain its own TV operating system – SmartCast. For years, SmartCast was an also-ran smart TV platform. Not anymore. With the 2020 release of SmartCast 4.0, it has finally become a competitive product.

How to Choose a Smart TV – Hardware Factors

When you are shopping for a smart TV, the software operating system that a TV runs is an important factor to consider. But it is not the only factor. You should also pay attention to a TV’s hardware features such as TV panel technology, picture quality, and refresh rate. To fully cover all these hardware features would take a whole different article. Here we will just briefly touch upon a few important ones.

Your choices for TV panel techs are LED – LCD, OLED, and QLED

In this day and age, do not buy any TV set with less than 4K (Ultra HD) resolution. That means no 720p (HD) or 1080p (Full HD) TVs. But at the same time, hold off on buying 8K TV sets – they are still too expensive and 8K TV shows or movies are still very rare.

The higher the better. Go for at least a 60 MHz refresh rate. If possible, opt for 120 MHz – sports, gaming, and action movies would look a lot smoother and better on a 120 MHz TV set.

Audio quality is often overlooked on a TV. Do not make that mistake. Things to look for:

The more the better. Pick a TV set with at least 3 HDMI ports. Ideally, they should support the HDMI 2.1 standard.

In this article, we have covered a lot of information about Android TV and smart TV. By now you are well equipped to make an educated decision on what smart TV to pick. Before you go, let us do a quick recap: