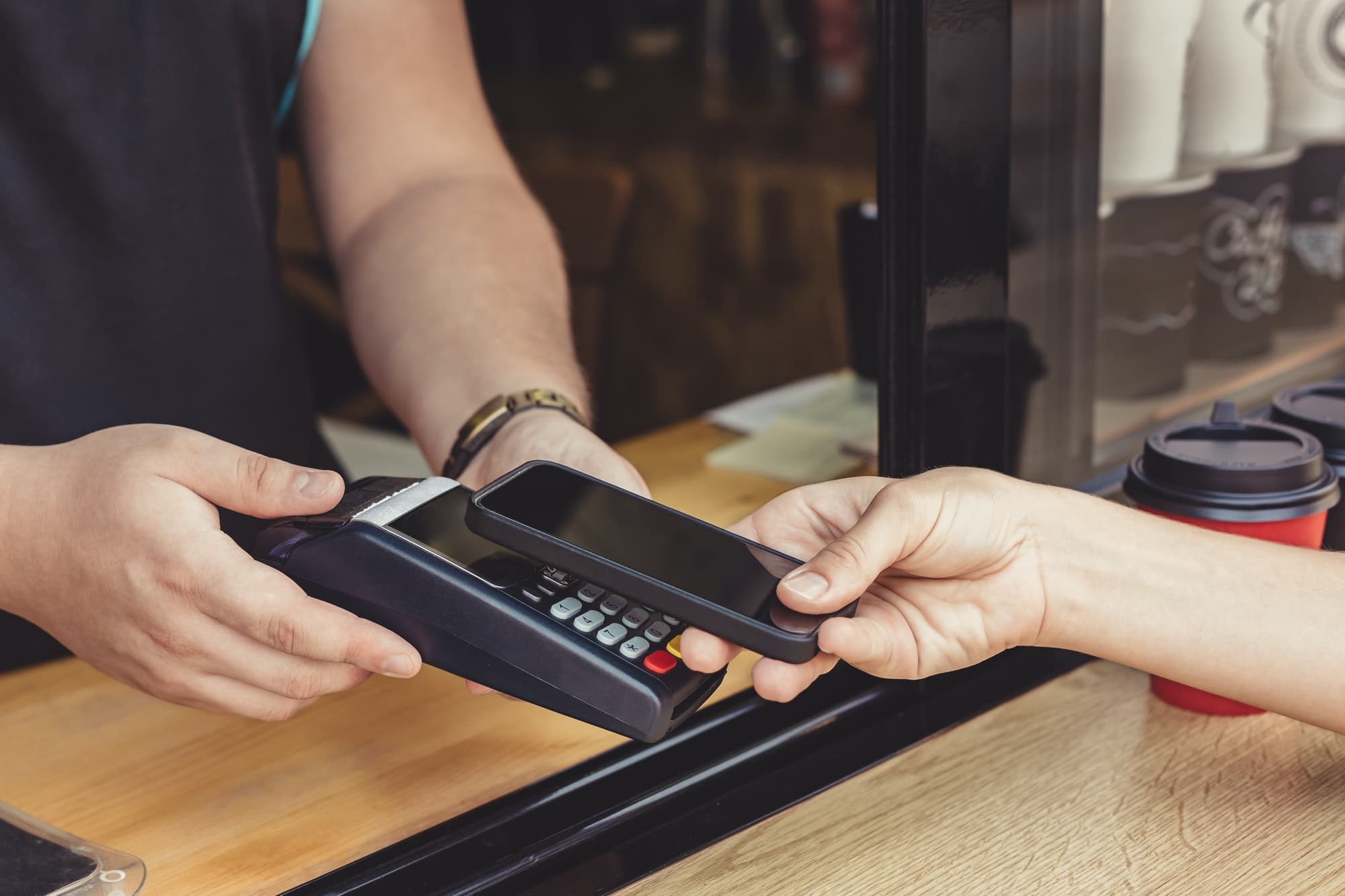 Samsung Pay is a digital and mobile solution designed by Samsung Electronics to help users make purchases on their watches and phones using compatible smartphones and other Samsung-made mobile devices.

One of the good things or advantages of this payment solution is that it doesn’t only allow you to make contactless payment for your transactions; it’s also one of the fast and secure digital payment solutions you can rely on.

Other benefits Samsung Pay offers include affordability, online tokenization, and compatibility with most terminals like NFC, EVM, and more. It’s also great for having instant activation, rapid transaction process, inexpensive e-wallet, exciting application, and ease of use.

Costco has always been known as one wholesale store where you can save lots of money on the content of their shopping carts.

Instead of offering multiple payment types as being done by other merchants, they believe checkout is one of the ways you should reduce your costs.

Other payment forms you can use at Costco include Visa credit card, checks, Debit cards, cash, Costco cash cards, and EBT.

Fred Meyer offers the simplest way to go about your shopping in that they offer a mobile app that lets you seamlessly add your favorite items to the shopping lists, view your digital receipts, clip coupons, and manage your pharmacy prescriptions.

The good thing about this store is that it doesn’t restrict you to one payment option and, in that, Fred Meyer accepts payment methods like EBT, Samsung Pay, debit cards, cash, personal checks, Google Pay, Apple Pay, and more.

Hannaford is a popular grocery that offers a mid-range of exciting brands within its disposal. Apart from being known for offering discounts for various customers like teachers, seniors, and military veterans, they support multiple payment methods such as Google Pay, Samsung Pay, debit cards, etc.

Hannaford has been rated high for price competitiveness, quality of features, and popularity, among others.

Kroger is the brainchild of Bernard Kroger. It’s an American retail grocery with presence in over 2,896 locations in the United States.

With operating income running into US$2.67 billion as of 2019, Kroger Company is regarded as the United State’s largest supermarket and the second-largest general retailer.

If you’re a fan of Samsung Pay, you can rest assured Kroger grocery stores will accept the app for paying for items you purchase from the store.

Founded in 1934, Meijer is a family-owned American supermarket chain company with 200+ stores in strategic locations like Ohio, Indiana, Michigan, Kentucky, and Illinois.

Their product lines include home décor, health and beauty, fashion, electronics, etc. At Meijer, you can pay with your Samsung Pay app.

Publix is also an American supermarket chain that was founded in 1930 by George W. Jenkins. With its headquarters in Lakeland, Florida, it’s an employee-owned supermarket with over 197,000 employees (as of 2019) and 1,229 branches across the United States.

If you’re wondering how you pay for your shopping at Publix, be rest assured that they accept a wide range of contactless payment options such as Android Pay, Google Pay, Samsung Pay, etc.

Formed with the purpose of serving as aretailers’ cooperative of supermarkets, ShopRite offers exciting services ranging from online shopping to home delivery, and grocery to pharmacy.

It has presence in some key American states like New Jersey, Pennsylvania, New York, Delaware, Connecticut, and Maryland.

Shop & Stop is a go-to grocery when it comes to in-store or online shopping in that they offer fast and reliable store pickup or home delivery services.

You can also visit their donut shop which is a full-service bakery. At Stop & Shop, you can make your checkout faster using contactless payments like Samsung Pay, Apple Pay, and Android Pay.

This is a general merchandise retailer covering all the 50 states of the US. Boasting of US$75.36 billion as of 2019 fiscal year end, Target offers both in-store and online shopping for everything from toys to household goods to clothing and electronics.

It’s one of the stores out there where you can use contactless payment like Samsung Pay to purchase whatever you need.

According to the information on their official website, Wegmans is a regional supermarket chains with about 106 stores across various US states.

Boasting of being one of the largest private companies in the US, Wegman’s product lines include bakery, cheese, Dairy, frozen, prepare foods, meat, and grocery.

Just as the name sounds, Best Buy is an American multinational consumer electronics retailer that offers customers lots of benefits like volume purchasing, 10% savings on specific products made by Best Buy.

They offer free shipping when you purchase goods worth $35 or more, and exclusive over, among others.

Up until 2006 when this grocery company was sold to Supervalu, Cerberus, it was known as Albertson’s Inc.

Albertsons is proud of being a leading food and drug retail business in the US and it has extended its retail stores to cover key places like pharmacy, fuel center, manufacturing facilities, among others.

If you’re looking for a grocery store with affordable prices or discounts for their goods, ALDI is definitely your best shot. ALDI is without doubt known for being cheap and it’s by far different from other stores in terms of its price competitiveness.

At ALDI, you can pay for your items using some forms of contactless payments like Apple Pay, Samsung Pay, Android Pay, among others.

Cub an American-based in-store and online grocery store with a presence in about 81 locations across the United States. As a local grocery and supermarket chain, Cub offers products like meat, deli, seafood, bakery favorites, pet foods, organic options, and flowers, to mention but a few.

With its headquarters in Hutchinson, Kansas, Dillons is a supermarket chain formed as a division of Kroger. The store offers products like bakery, deli, dairy, frozen foods, seafood, snacks, meat, salad bar, and more.

Vons is a subsidiary of Albertsons with its headquarters in Fullerton, California. Vons runs a mix of food and drug retail stores, and supermarkets. Some of their products include meat, bakery, pharmacy, floral, seafood, dairy, and general grocery.

This is an American multinational supermarket chain with about 91,000 employees and 500 branches across the United States.

Whole Foods specializes in local and organic foods. Up until 2017, Whole Foods has been acquired by Amazon.com and it has extended its presence to Canada and the UK.

Formerly known as Food Town, Food Lion is an American grocery store that focuses its service in the Mid Atlantic and South Atlantic United States.

At Food Lion, you can pay with contactless forms of payments like Apple Pay, Samsung Pay, and Android pay.

King Soopers is a subsidiary of Kroger and it has its headquarters in Denver, Colorado. One of the good things about this store is its digital coupons that let shop low prices on groceries.

At King Soopers, you can get products like blenders, kitchen linens, microwaves, toasters, fryers, crock pots, and other merchandise bundled together as one package.

Founded in 1873, Ralphs is an American supermarket chain with its headquarters in Southern California. It was founded by George Ralphs to sell products like bakery, deli, frozen foods, meat, seafood, and general grocery, among others.

One of the things for which Trader Joe’s is know is its low prices in that you can enjoy the benefit of shopping low prices on unique food items such as cookie butter and croissant rolls.

Some of the best healthy snacks you can get at Trader Joe’s include nuts, dried fruit, Popcorn, ABC bars, and more.

The basic about Samsung Pay is that it works in all participating banks where MST and NCF technologies are used.

While it is not acceptable in every country or store across the globe, it works in most stores or payment terminals where debit or credit cards are used.

Double-check if Samsung Pay is acceptable in the country where you live and whether or not your mobile device is compatible with the app.

Step 1. The first step you want to do to check if a store accepts Samsung Pay is to check if the store’s payment terminals use MST and NCF technologies or not. If it does, then it likely going to accept the app.

Step 2. Look for the Samsung Pay signs at the payment terminal or ask the counter if they accept the app for payment.

Step 3. Check Samsung Pay’s official website for the list of participating banks and credit unions in your areas.

How Does Samsung Pay Work?

Samsung Pay was designed to enable contactless payment and it does this by using MST (Magnetic Secure Transmission) and NFC (Near Field Communication). What are MST and NFC?

Magnetic Secure Transmission (MST) is the name for mobile payment technology in which devices such as Smartphones emit a signal that mimics the magnetic stripe on a traditional payment card.

Near Field Communication is a type of technology that enables users to send and receive data when in close range with compatible devices. It enables users to make contactless payments through other mobile wallets like Android Pay, Apple Pay, etc.

Samsung Pay uses both the MST and NFC technologies for their payment solution. But the two are a little different when it comes to how they work. While MST works with most card readers, NFC supports only N FC-enabled card readers.

How to Use Samsung Pay

So you now understand how Samsung Pay works, let’s talk about using it. Before you start to think about using the app, you need to remember that not all mobile devices work with Samsung Pay.

Now, the question is: should you go ahead to start using Samsung Pay once you get a compatible phone or watch?

No. There are still some other things you need to put in place, if you have not already made provision for them. Before you can use Samsung Pay, you need to:

With all these things in place, you’re good to go with setting up your Samsung Pay. But this will also depend on whether you’re setting up the app on your phone or watch.

To set up Samsung Pay on your phone, here are the steps to follow:

So breaking down the steps for you, here are the steps to setting up Samsung Pay on your mobile phone:

How to Setup Samsung Pay On Your Smart Watch

To set up Samsung Pay on your smart watch you need to first install a particular plug-in using. You can do install this plug-in via the Galaxy Wearable app on your phone.

Once you’re done with the installation, you need to follow these steps to complete the Samsung Pay setup:

Where to Buy Clorox Disinfecting Wipes Online
40 Major Businesses & Stores that Accept Apple Pay
Disney Plus Subscription Cost Around the World
Cheapest Places to Balance Tires Near You
Cheapest Places to Get Passport Photos Near You
Best Portable PA System Under $500
Where to Buy Toilet Paper Online | Price Compariso...
List of 20 Banks with Notary Service
Places Where You Can Buy a PS5
21 Best Places To Buy Brand Name Shoes for Cheap